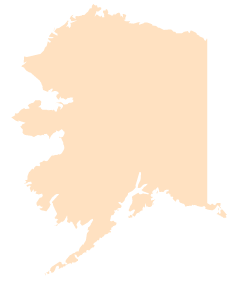 Throughout the state of Alaska, Bahá’í communities hosted celebrations of the 200th anniversary of the birth of Bahá’u’lláh characterized by light, joy, and harmony. Alaska is home to a large indigenous population, and bicentenary celebrations honored Native Alaskan culture by drawing on the rich tradition of song and dance. 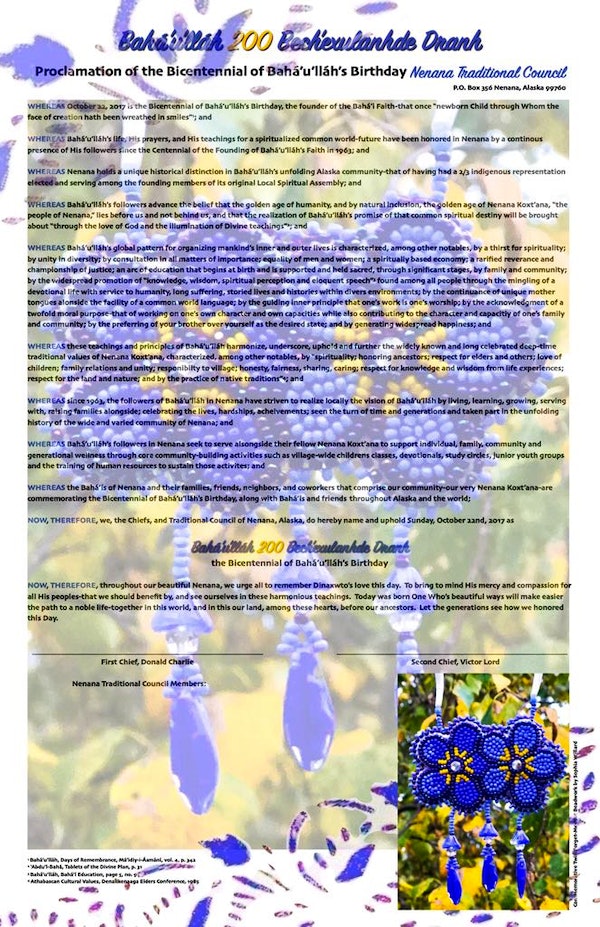 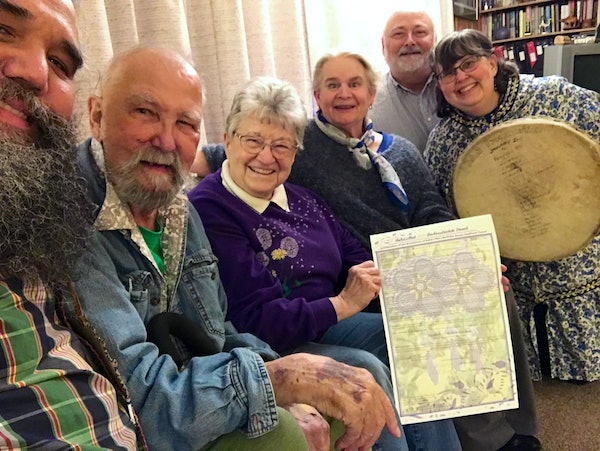 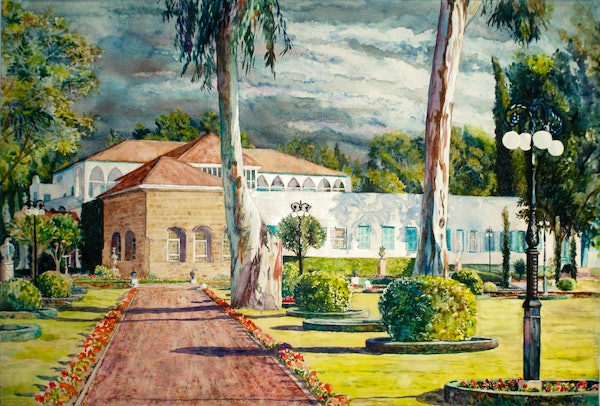 This watercolour painting, inspired by the pathway which leads to the Shrine of Bahá’u’lláh, was created by an Alaskan artist to commemorate the bicentenary.

Celebrations at the bicentenary gathering in Anchorage, featuring Alaska Native song and dance