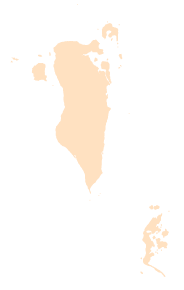 The numerous celebrations of the bicentenary in the Kingdom of Bahrain included a large reception in the capital of Manama as well as a number of festivities in other localities. Artistic endeavors and performances, as well as beautifully crafted displays and decorations, were a distinguishing feature of the Bicentenary gatherings in this country.

The Bahá'í Social Society in the Kingdom of Bahrain organized a reception for the Bicentenary in Manama. More than 120 guests attended this celebration including government officials, religious leaders, writers, and other guests. The event focused on the significance of the bicentenary period and the teachings of Bahá’u’lláh on unity and peace.

A reception for the Bicentenary in Manama organized by the Bahá'í Social Society in the Kingdom of Bahrain.

Images from Bicentenary celebrations in Bahrain 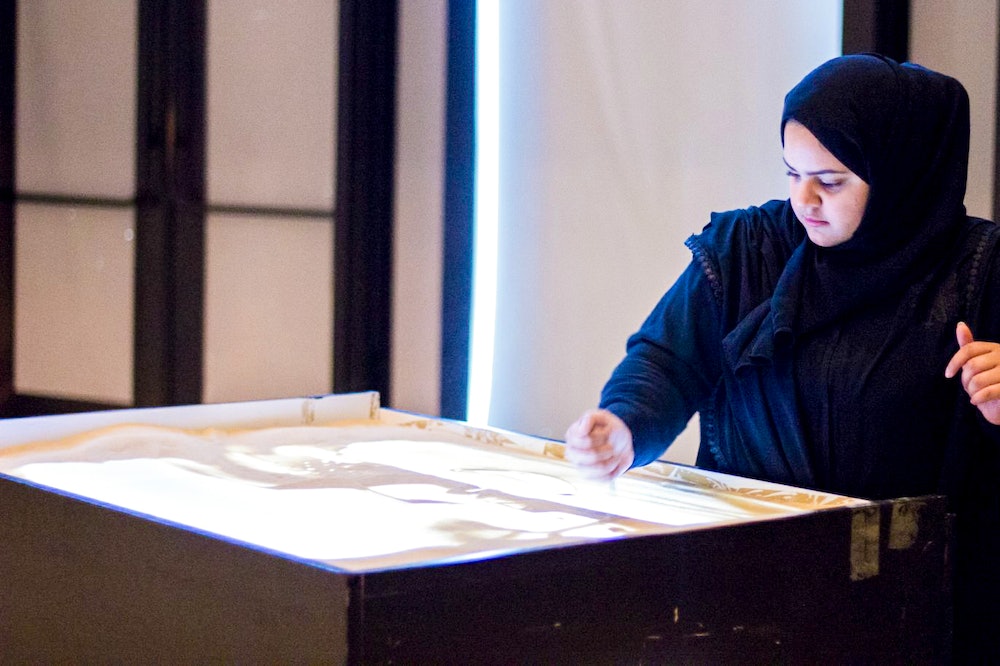 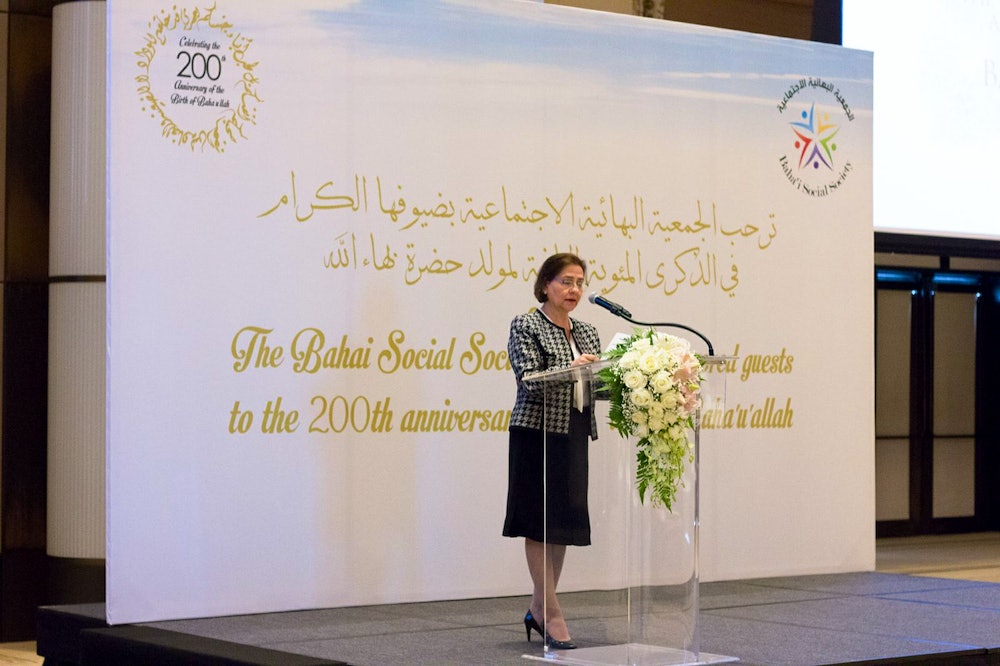 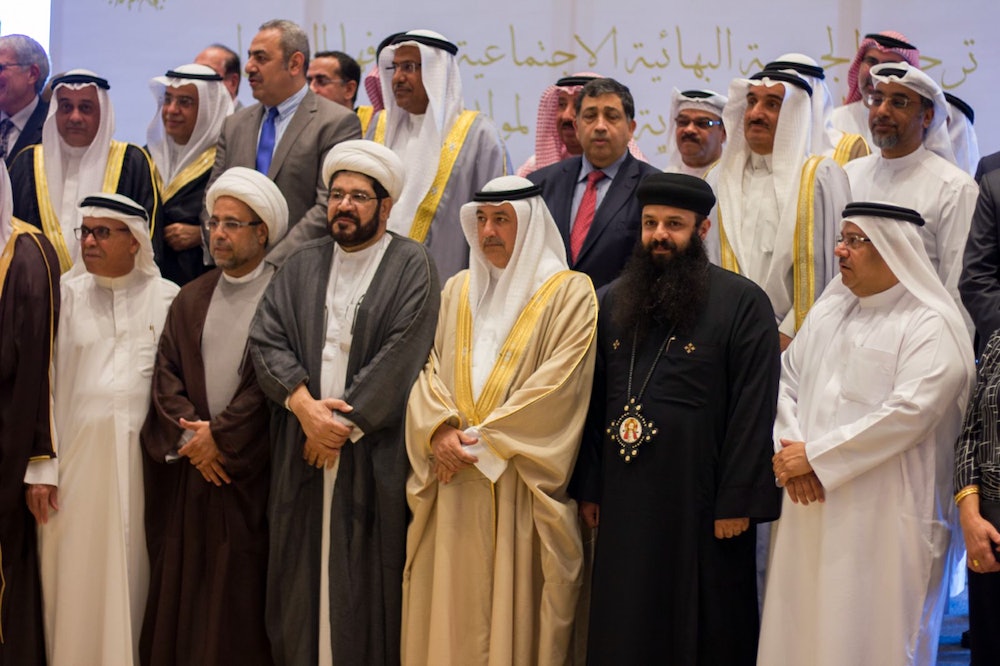 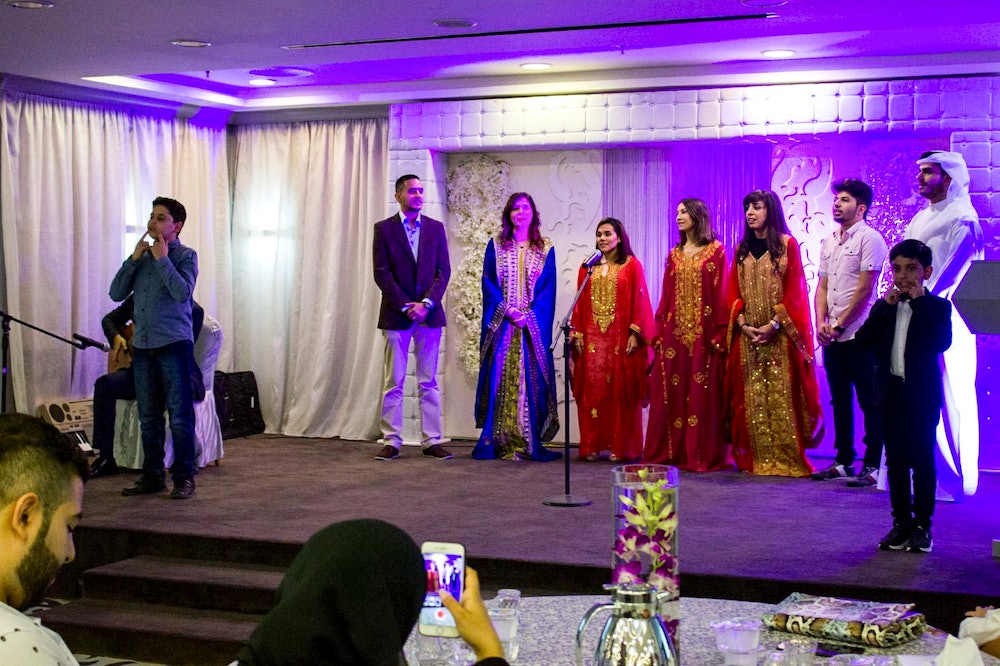 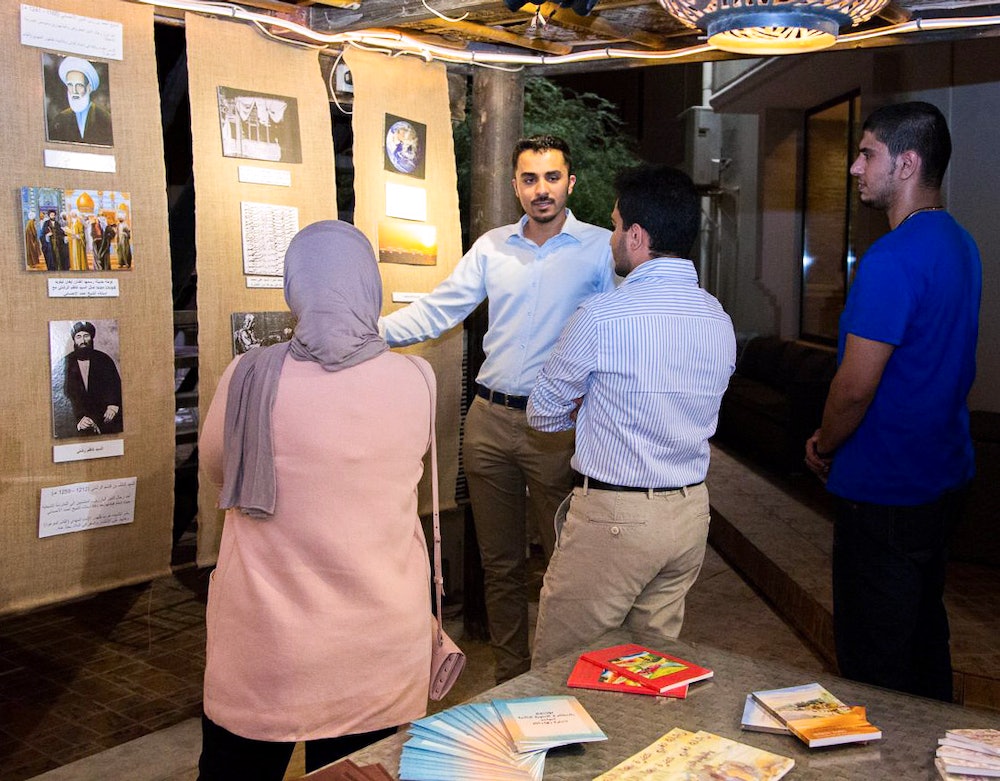 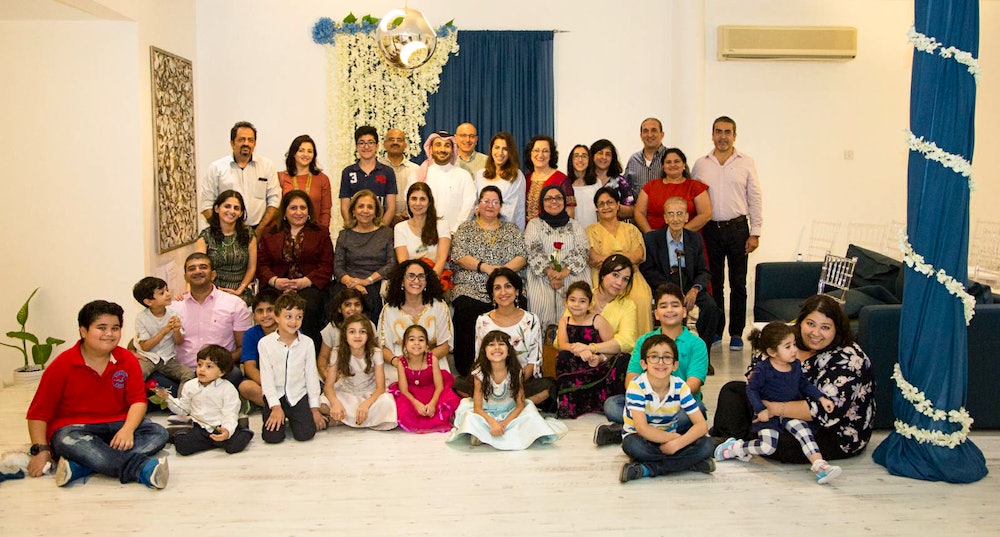 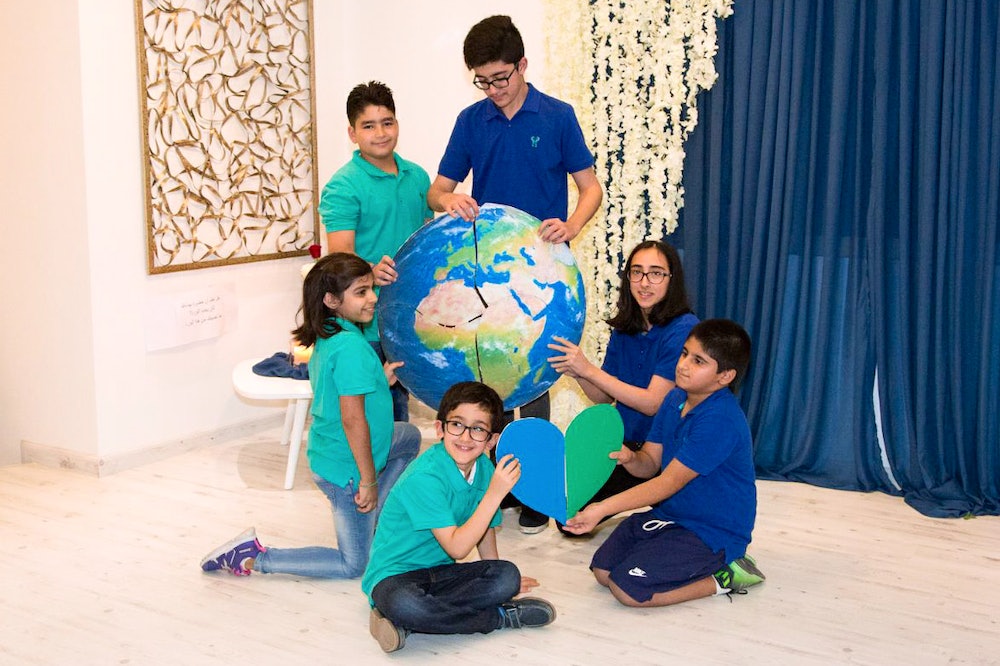 Calligraphic art from Bahrain in honour of the Bicentenary 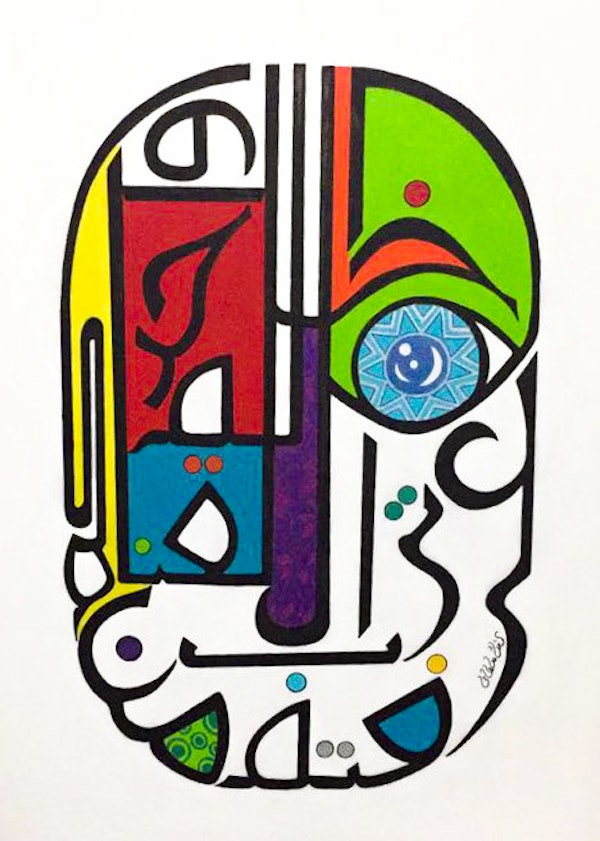 Arabic calligraphy on canvas using acrylic colors, featuring a quote from the Hidden Words of Bahá’u’lláh: هل عرفتم لِمَ خلقناكم من تراب واحد (translation: Know ye not why We created you all from the same dust?) 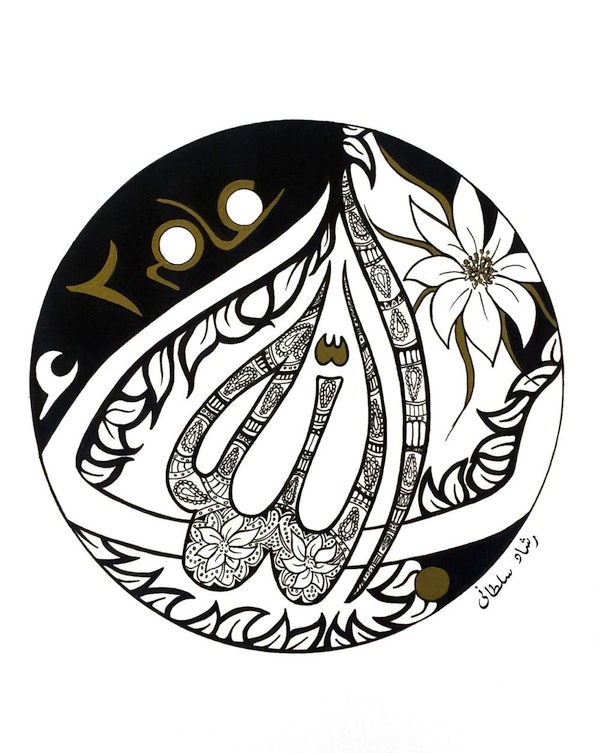 Paintings for the Bicentenary by a Bahraini artist

These oil paintings were created in honour of the Bicentenary. The calligraphic painting on the left is an extract from one of the writings of Bahá’u’lláh: “Consort with all religions with amity and concord…” 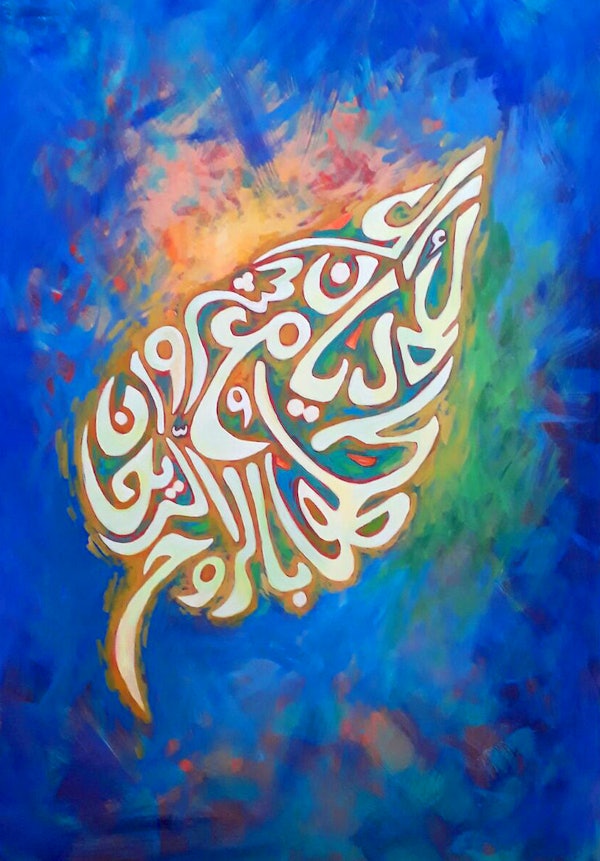 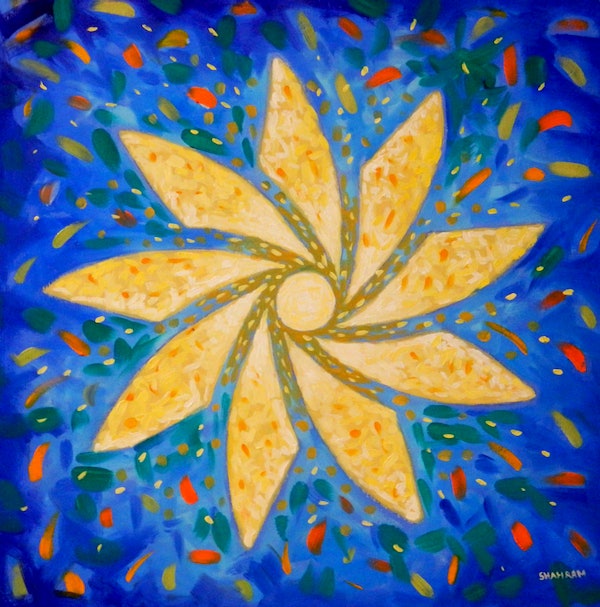 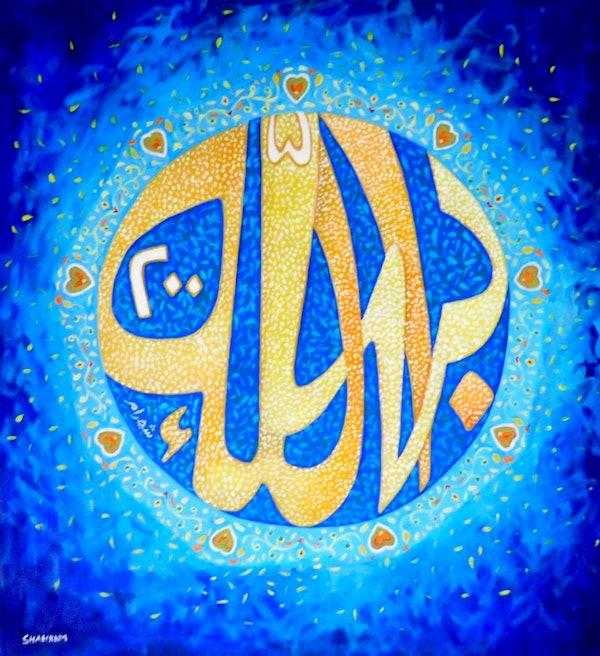