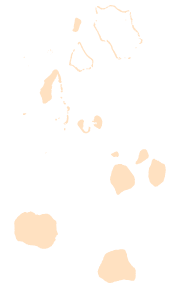 Bicentenary celebrations on the Cook Islands brought people of all ages together in a spirit of joyful fellowship.

A full day’s programme of talks about Bahá’u’lláh’s teachings, music, devotions, and a screening of the film Light to the World was organized at the Bahá’í Centre in Muri. More than 50 people attended some portion of this event, while activities were held for children outside and a team in the kitchen ensured a constant stream of refreshments and prepared morning and afternoon tea as well as dinner for the guests.

Light to the World was also broadcast on Cook Islands Television (CITV).

The bicentenary celebrations in the villages of Nikao and Aro’a were hosted by the children who attend Bahá’í classes for the spiritual education of children in those communities. The youngsters emceed the events, led the devotional programs, and performed songs and dramatic presentations. In Aro’a, the music at the end of the celebration attracted more and more people from the village to join the festivities as the evening went on. And in Nikao, after the evening meal and music were finished, plates of food were taken to families in the village who had not been able to attend.

Celebrations in Nikao, Aro’a, and Muri 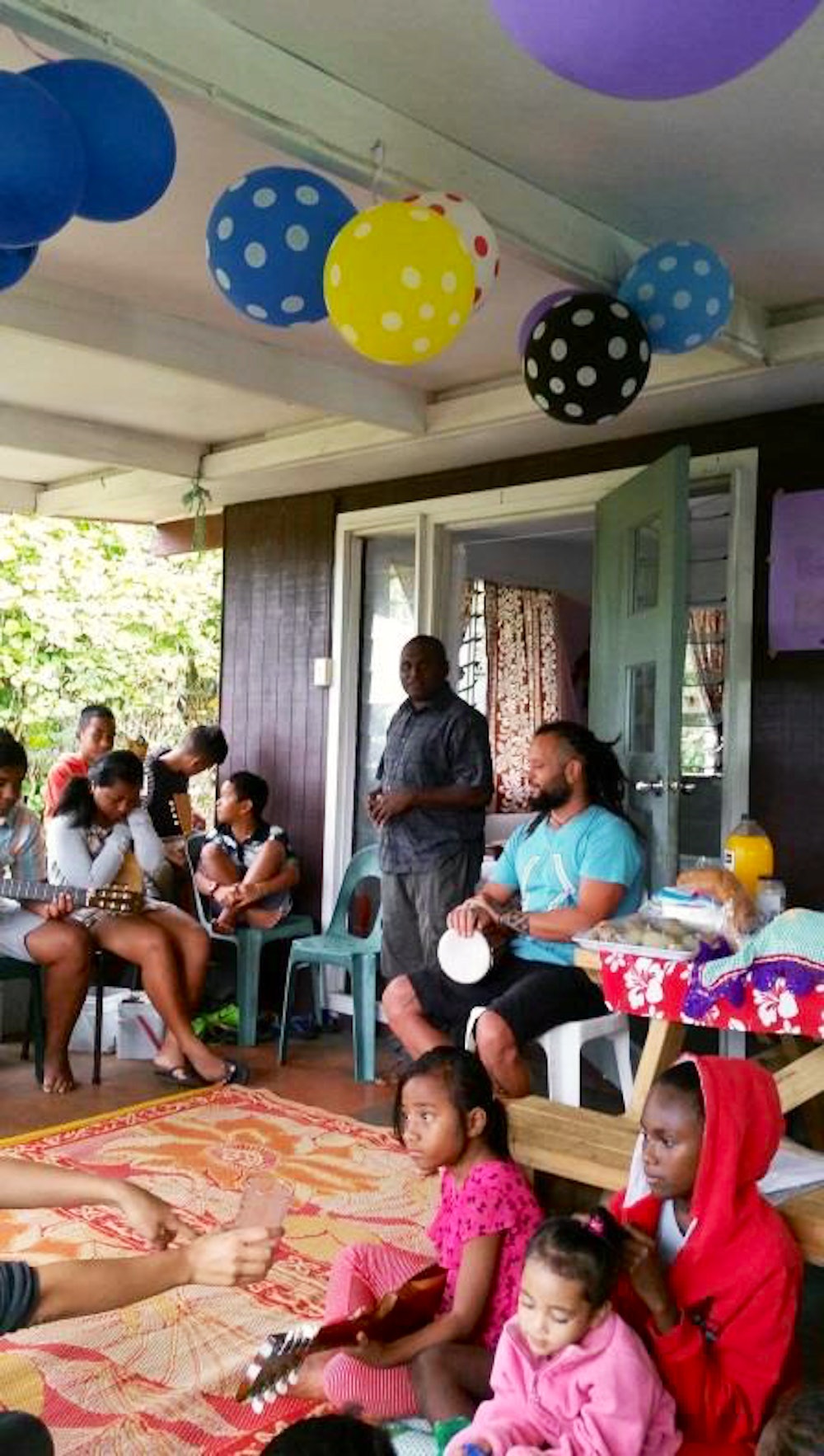 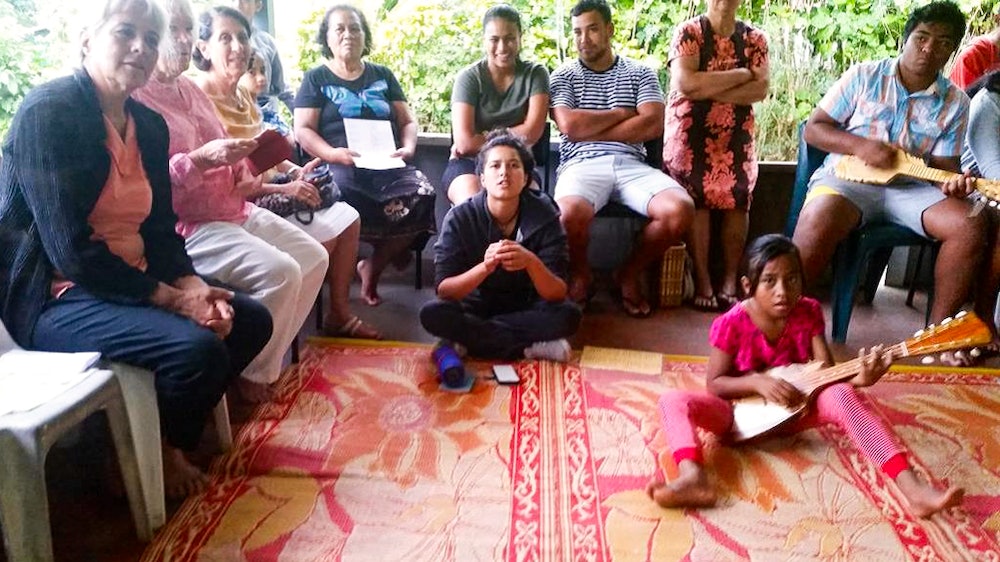 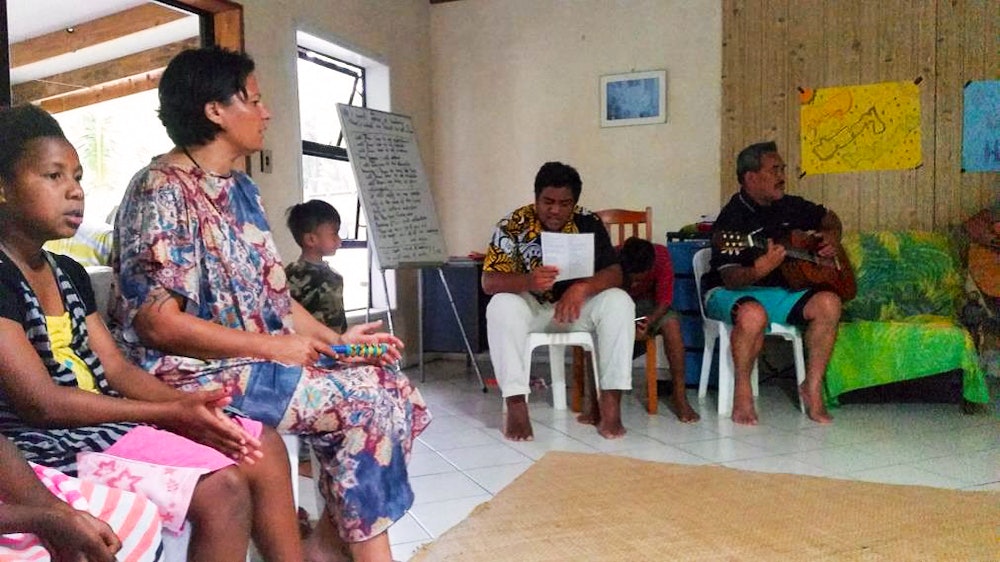 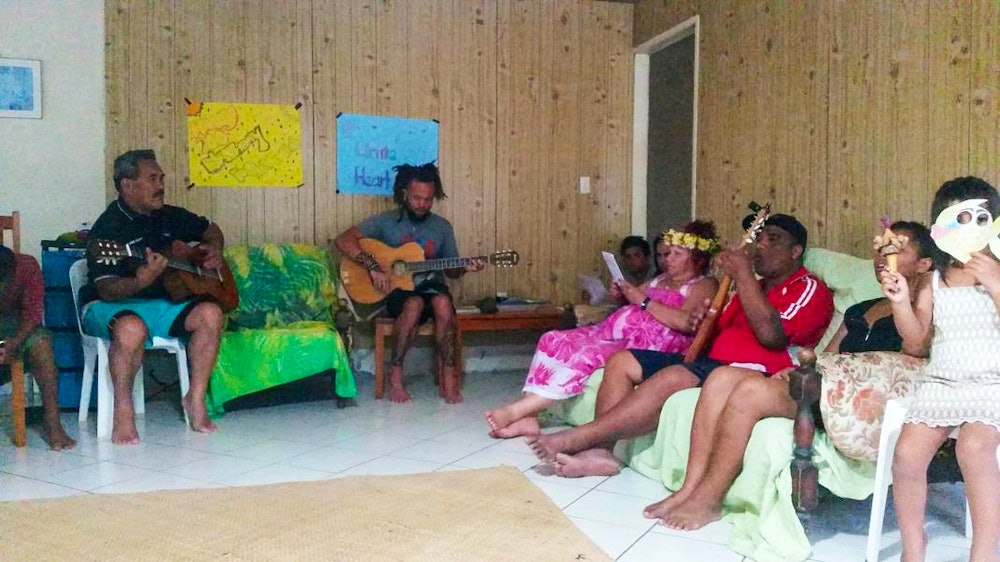 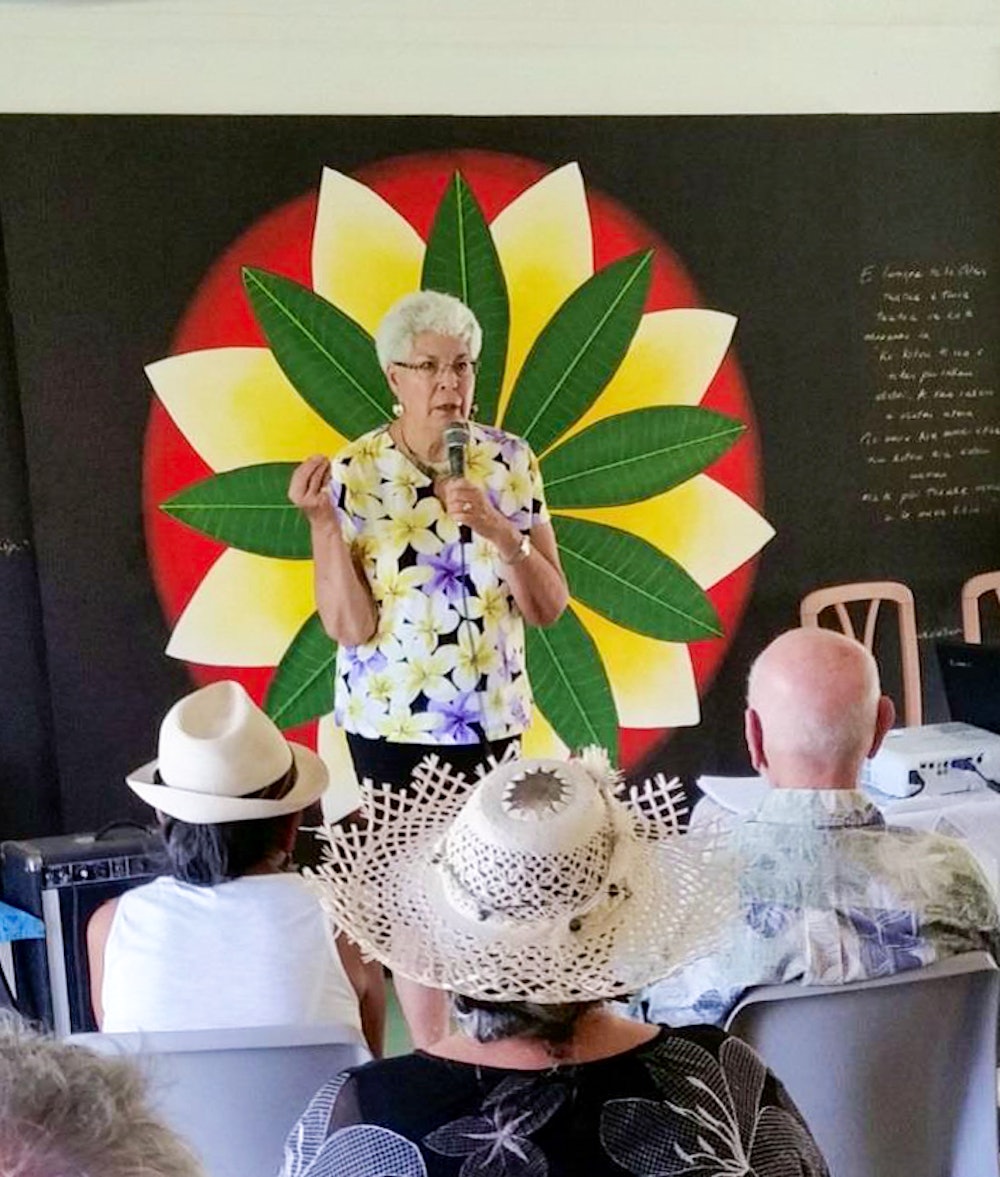 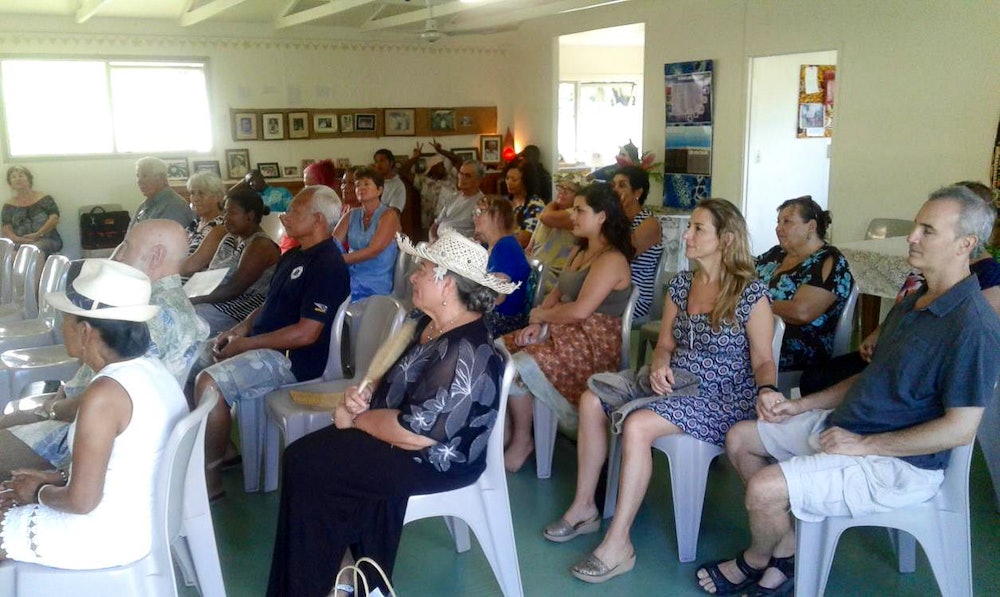 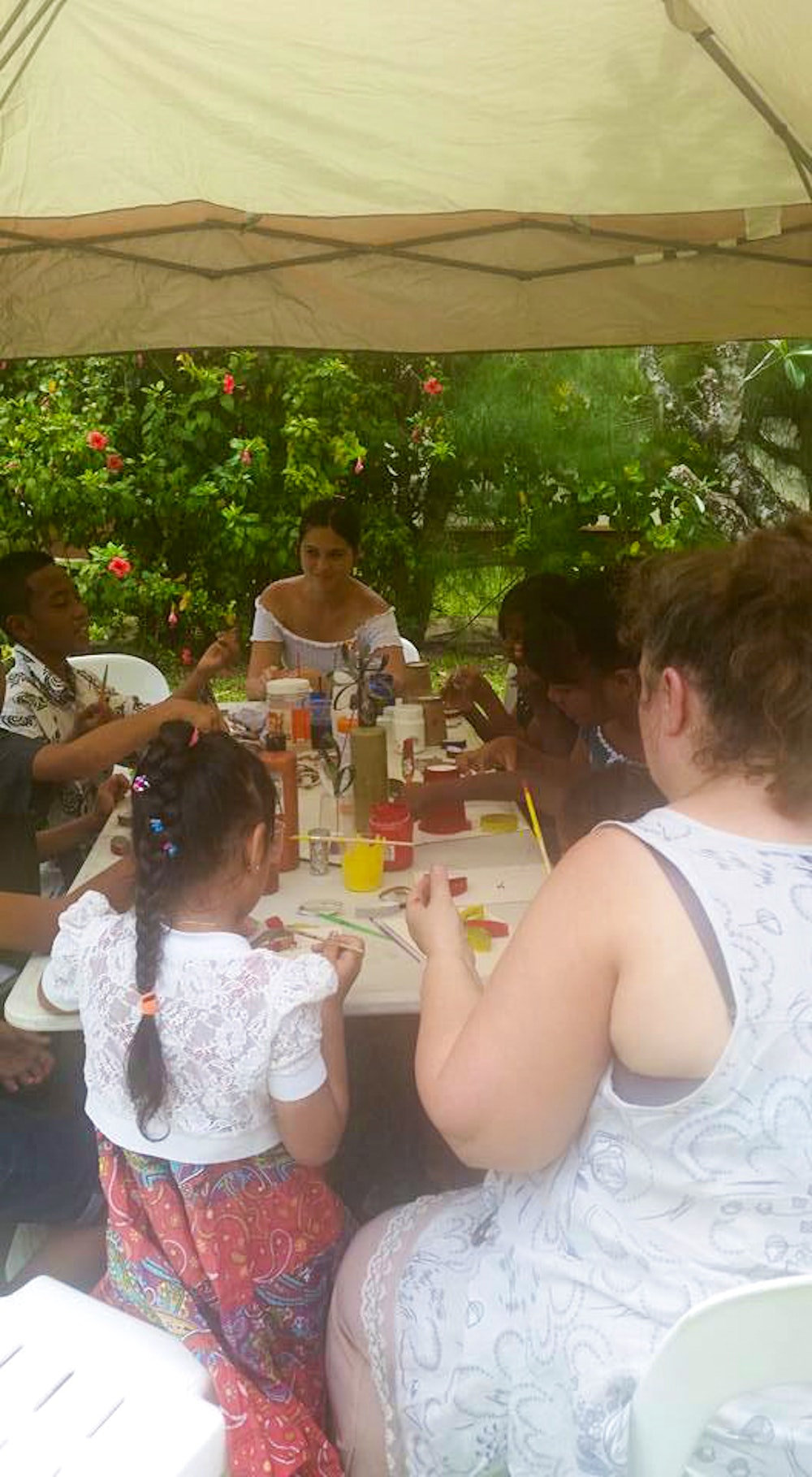 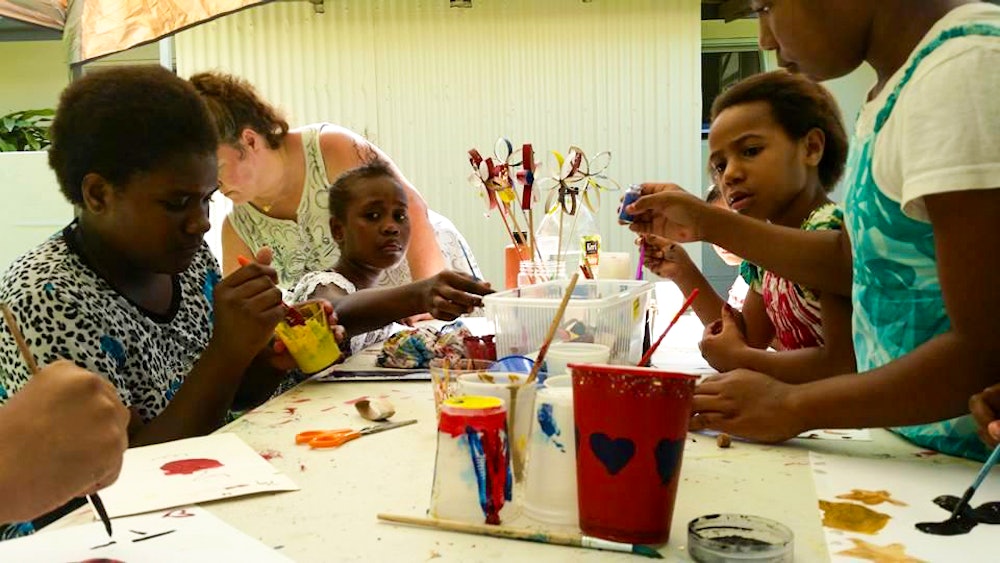