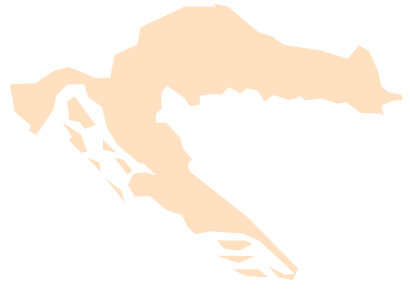 The Bahá’í community of Croatia held celebrations in a number of cities, including the capital, Zagreb, where a five-panel exhibit was on display for the city's commemoration. The exhibit, on display at the National Press Club hall, contained excerpts of statements about the Bahá’í Faith associated with Queen Marie of Romania and other royal personages in the Balkans together with digital images of the originals documents and photographs. The event was attended by 130 people, including the Vice-President of the Parliament and the Canadian and Indian Ambassadors. 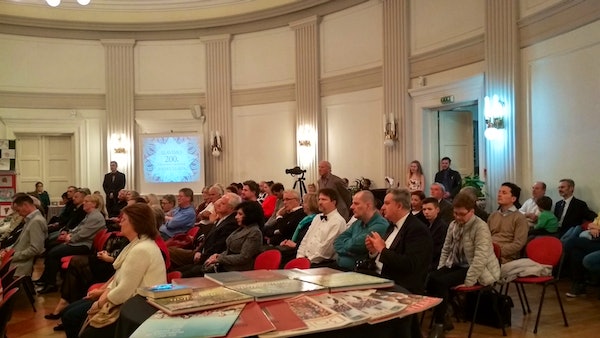 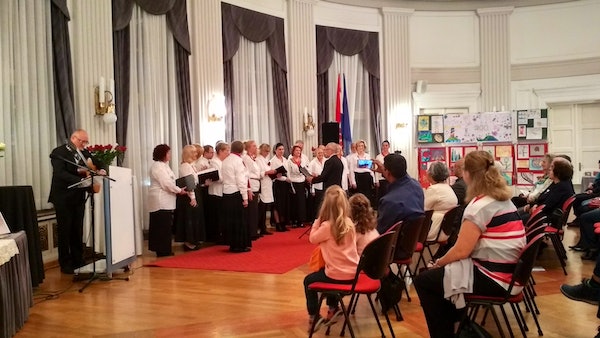 An exhibit on display in Zagreb

Panels from an exhibit on display at the National Press Club hall in Zagreb, the capital of Croatia. 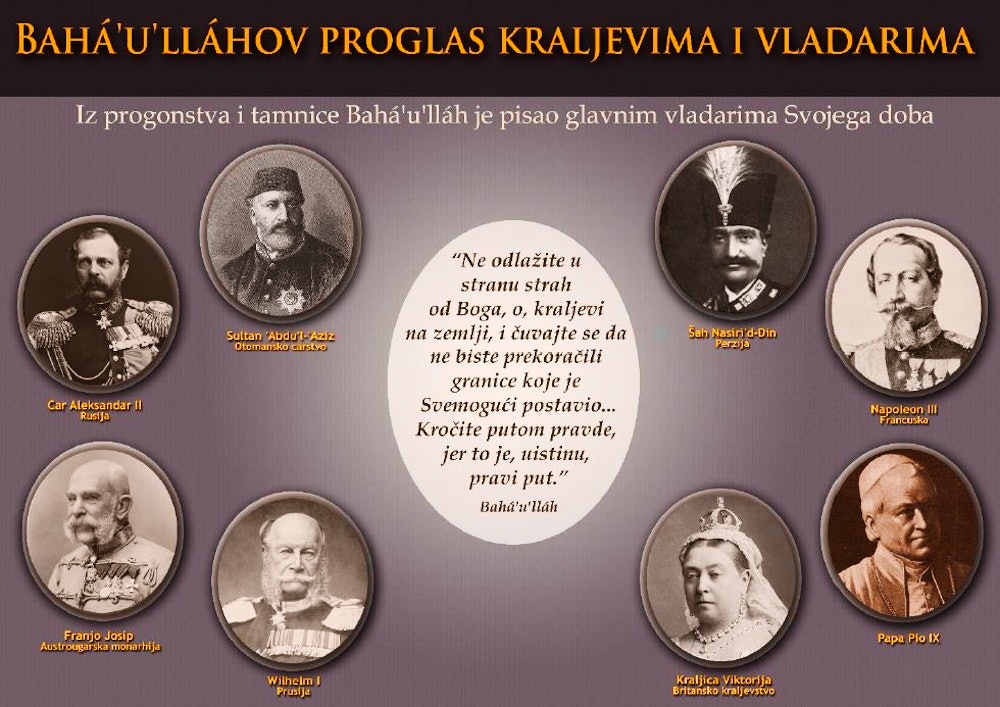 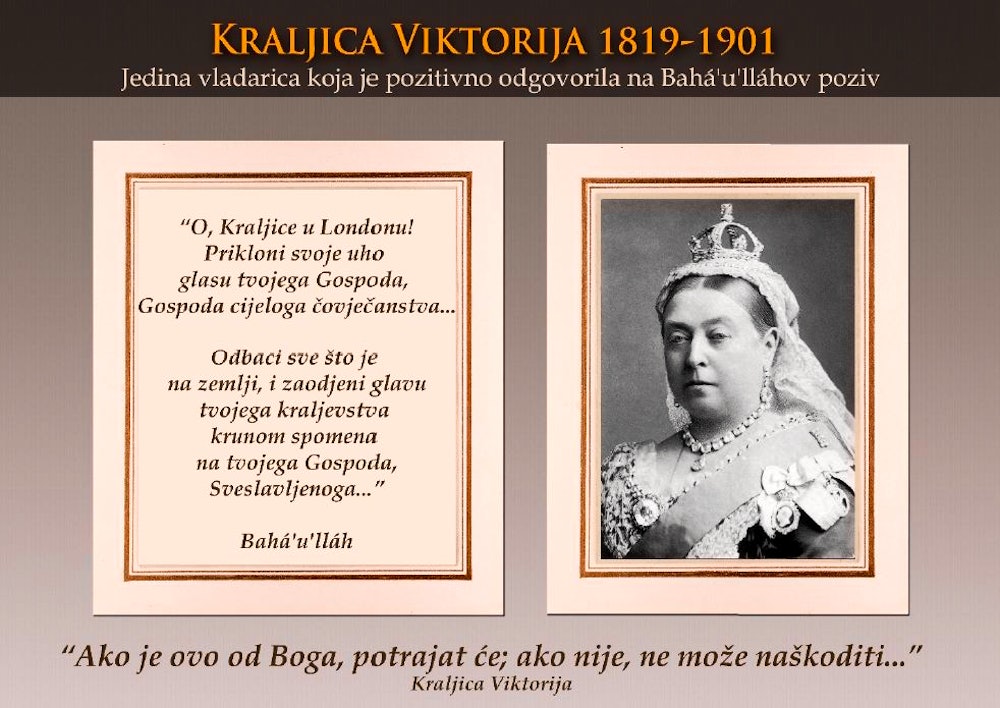 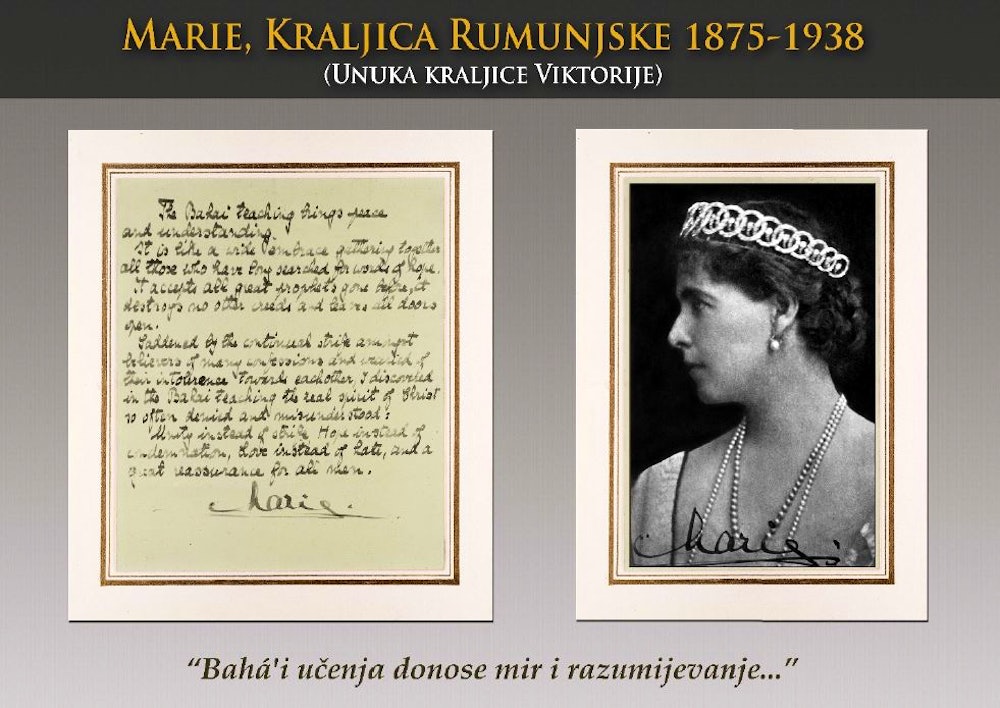 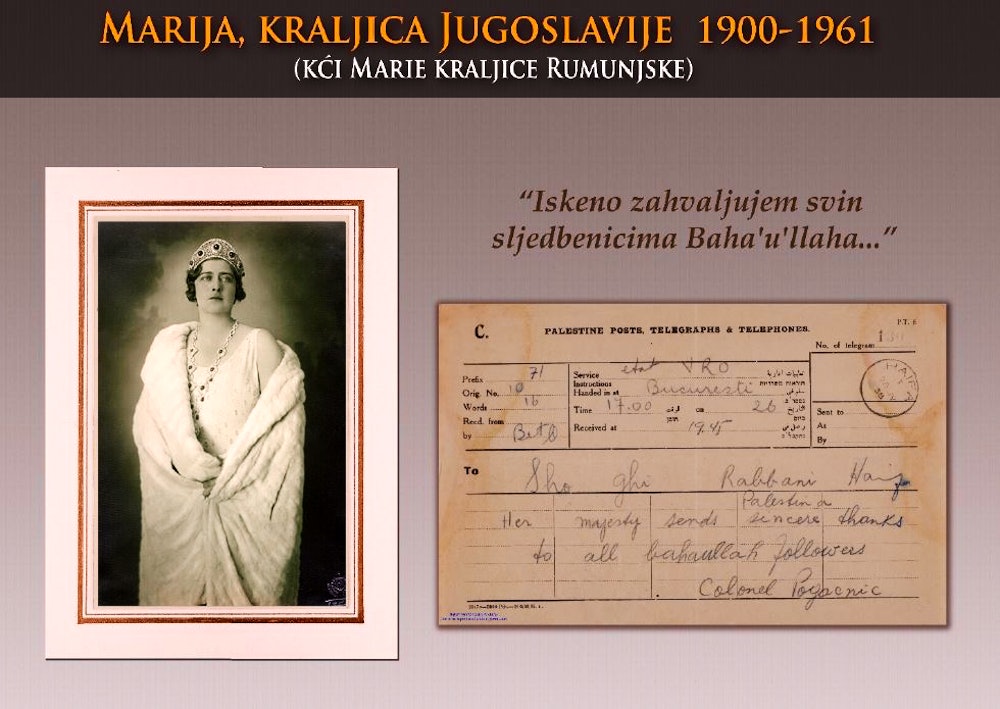 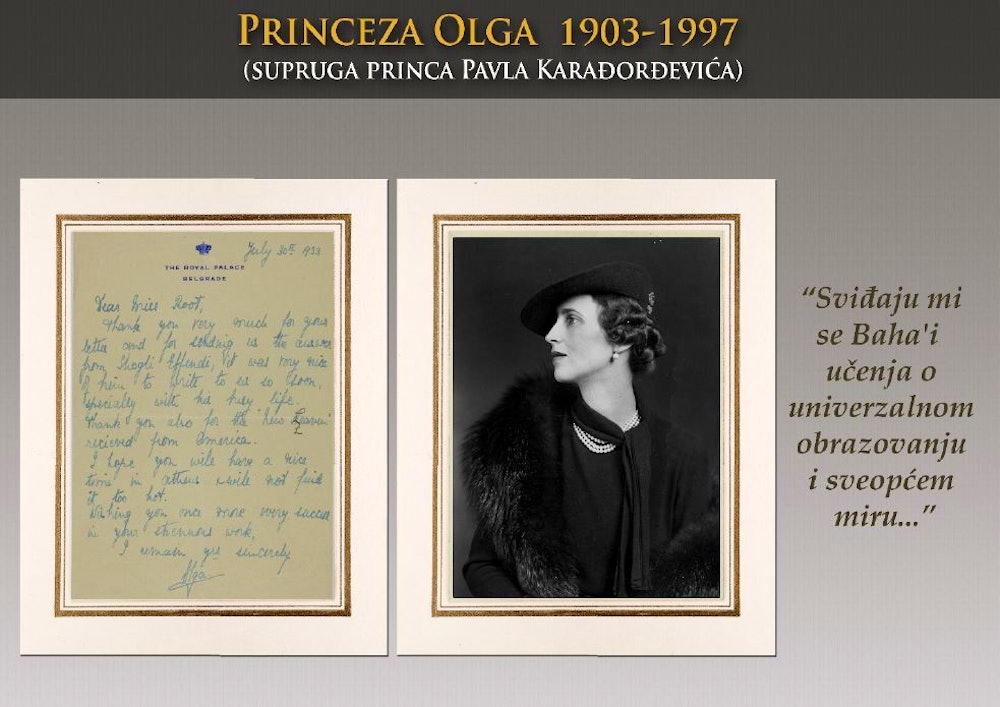 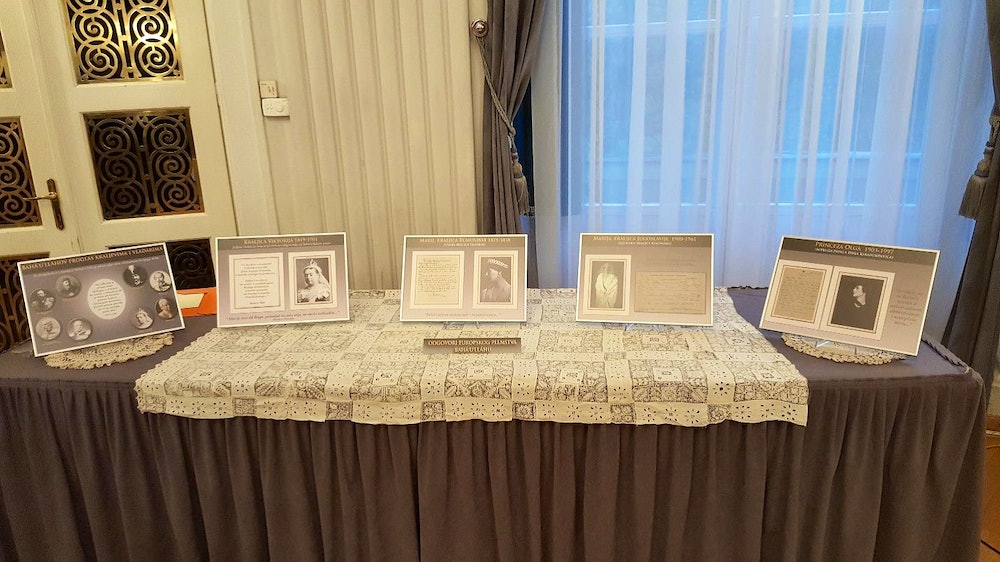 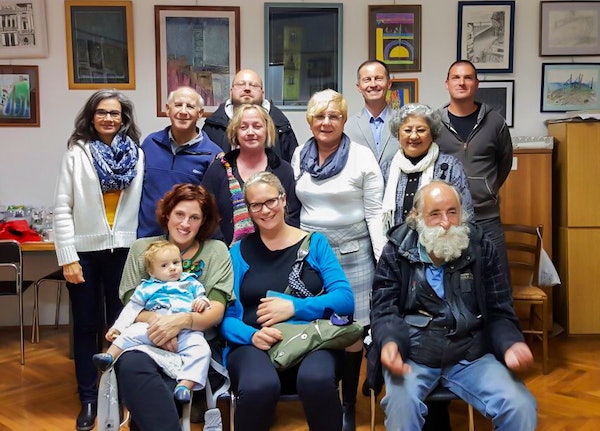 A local bicentenary gathering in Croatia 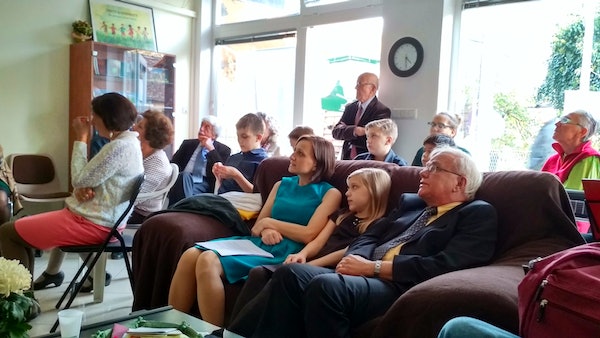 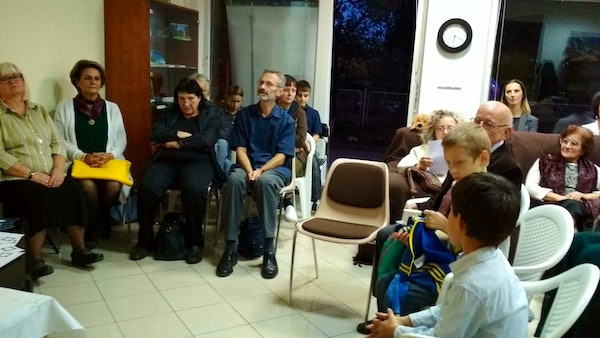