In Kazakhstan, twenty-eight gatherings scattered across this vast land were held to celebrate the 200th anniversary of the birth of Bahá’u’lláh and were attended by almost 1,000 people. Some of these gatherings featured the film Light to the World.

A film about the history of the Bahá’ís of Kazakhstan

This video is a trailer for the film about the Bahá’í community of Kazakhstan that was created for the bicentenary.

Some 220 guests attended a reception in Almaty, including diplomats, officials, artists. Two films were screened, Light to the World and Bahá’ís of Kazakhstan, after which a keynote speaker from the Ministry of Religious and Cultural Affairs in Almaty spoke about the importance of tolerance in society and called on the Bahá’í community to expand its efforts to promote unity in society. 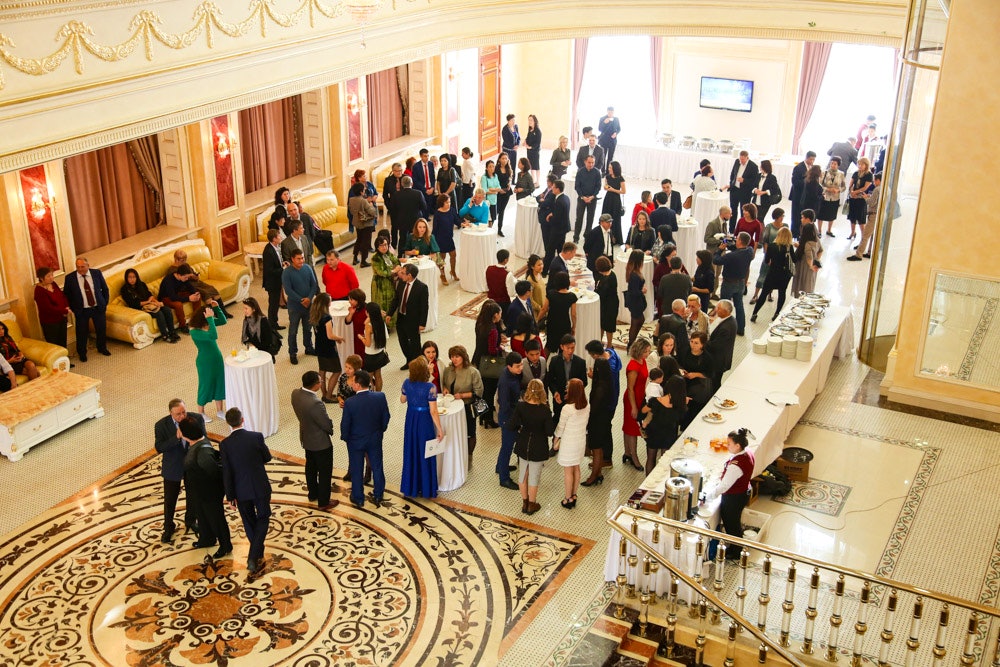 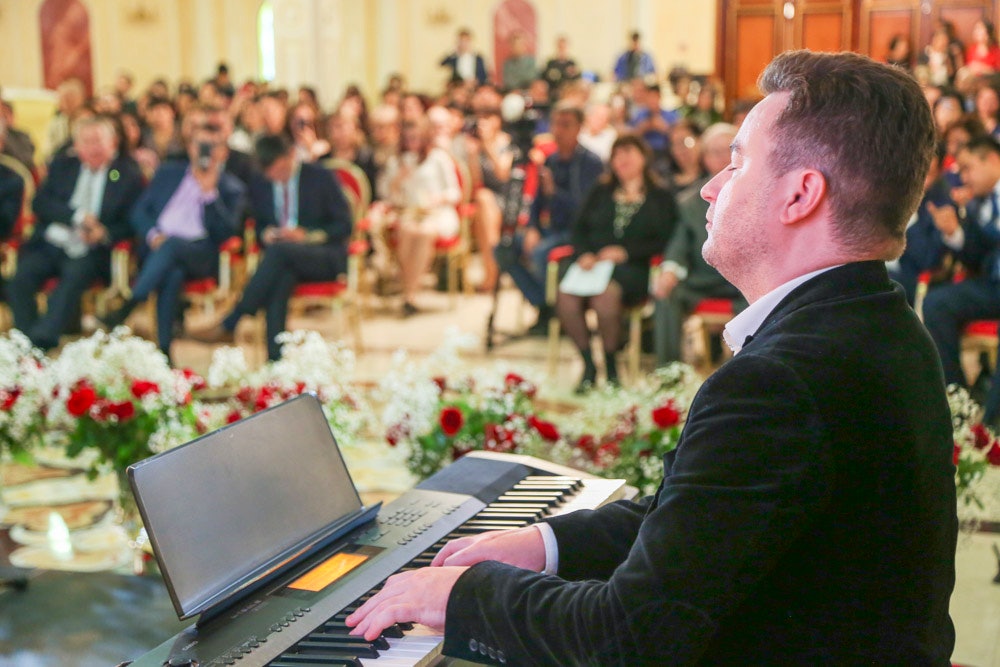 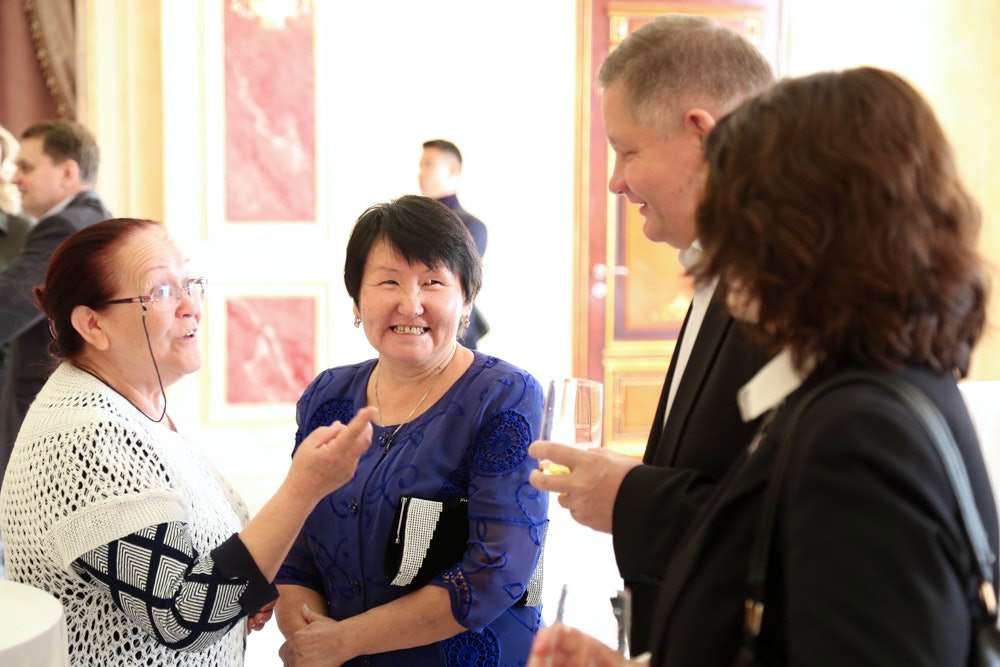 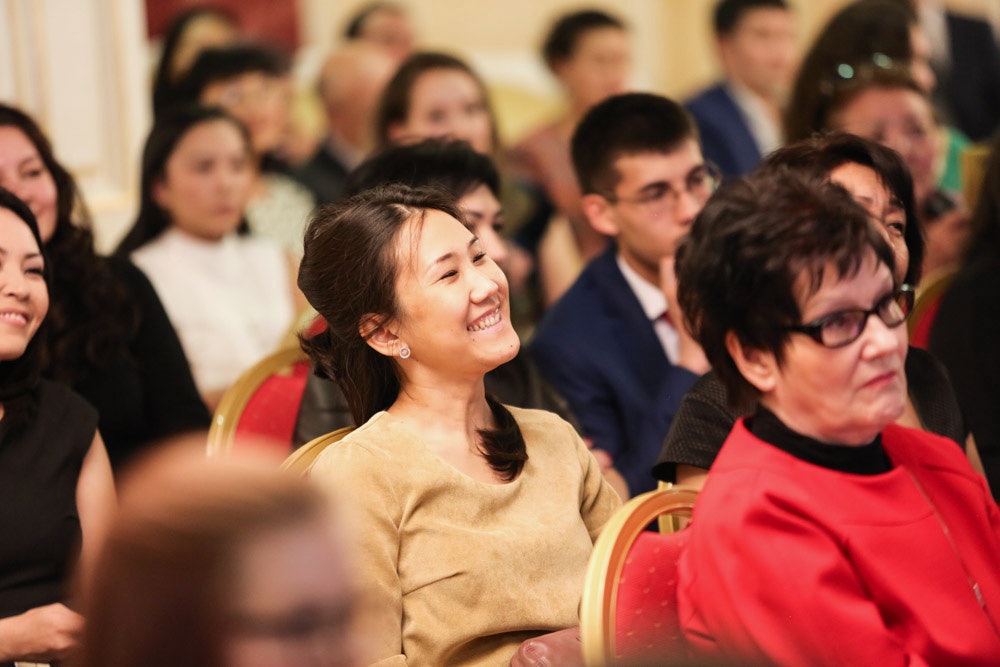 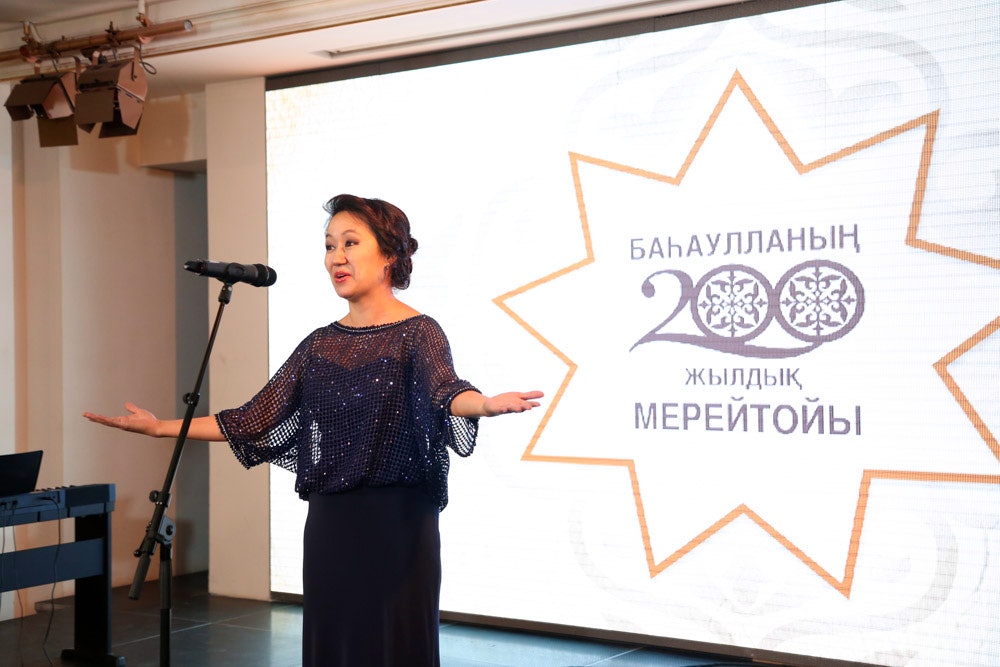 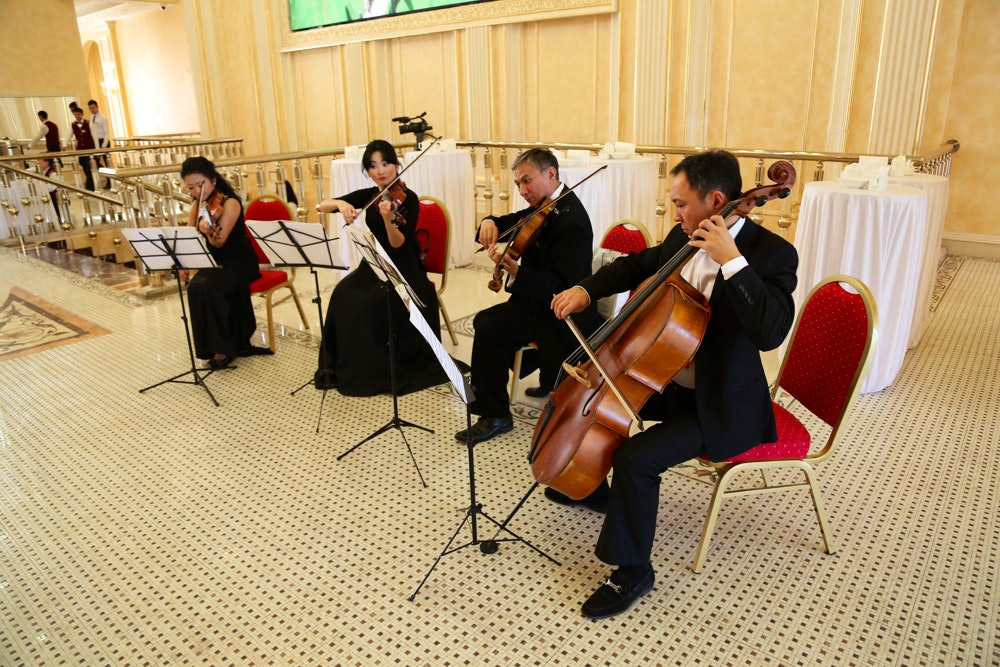 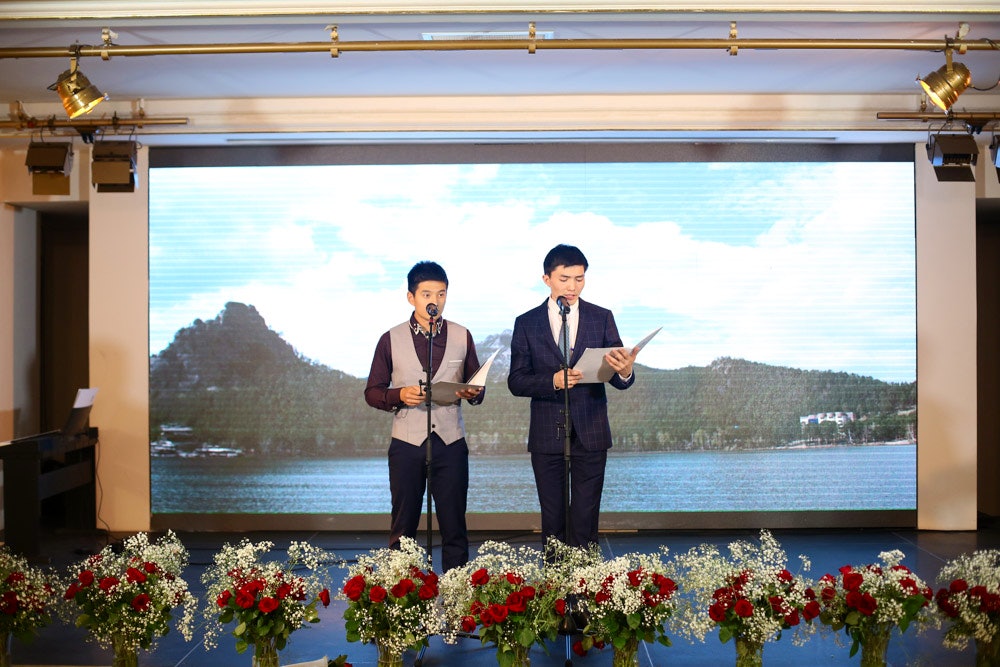 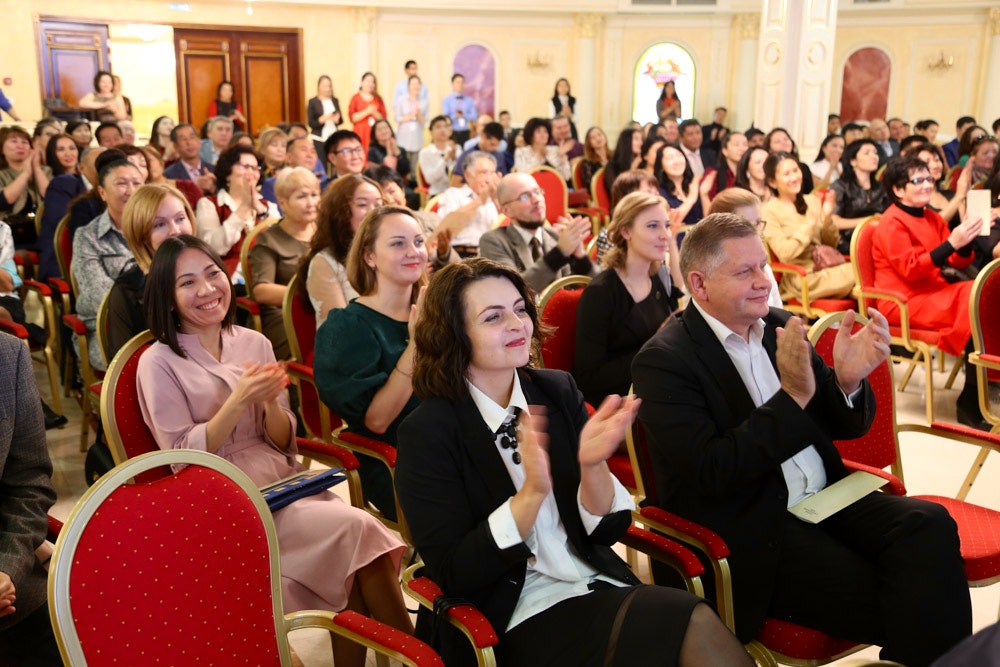 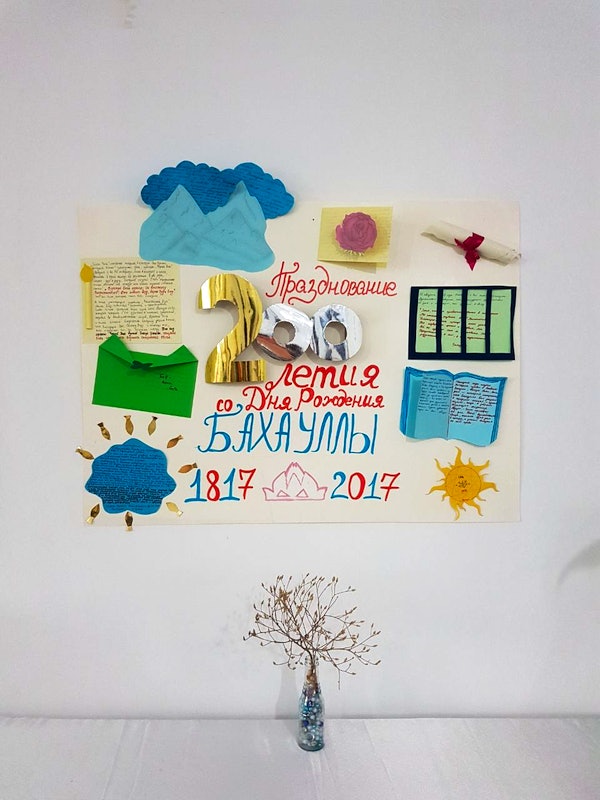 Art inspired by the bicentenary

Musical pieces for a film about the Bahá’ís of Kazakhstan

Preparing for the bicentenary in the Karaganda region 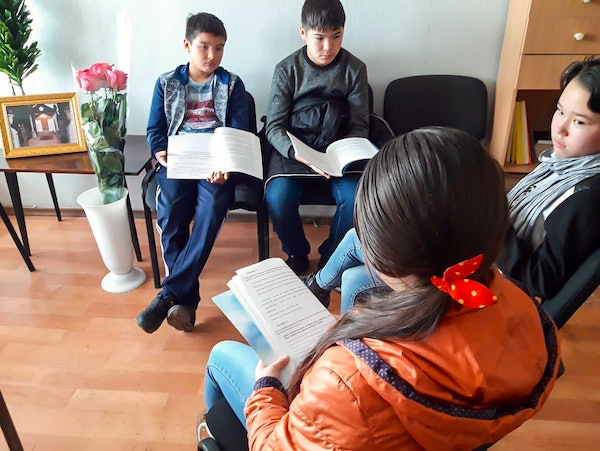 To commemorate the 200th anniversary of the birth of Bahá’u’lláh, a Kazakh painter showed a new set of paintings in a recent exhibition in Uralsk. 50 paintings were on display, all created over a period of six months to honour the bicentenary. “I read many of Bahá’u’lláh’s tablets and prayers and the Fire Tablet, which made me think of these images,” said the painter, noting that she titled her exhibition “Fire Tablet”. Serzhan was studying at Kazakhstan’s national arts conservatory in the 1990s when she and several classmates first encountered the teachings of Bahá’u’lláh and His vision of the oneness of humanity. 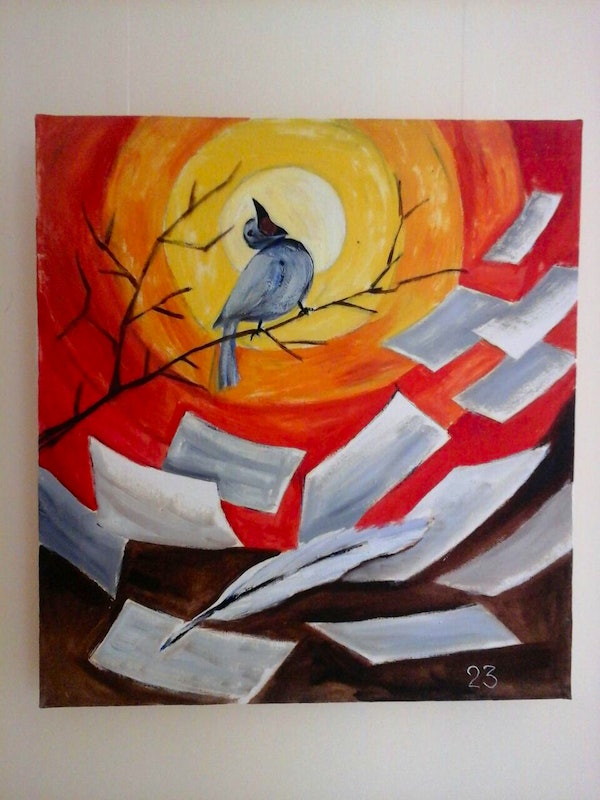 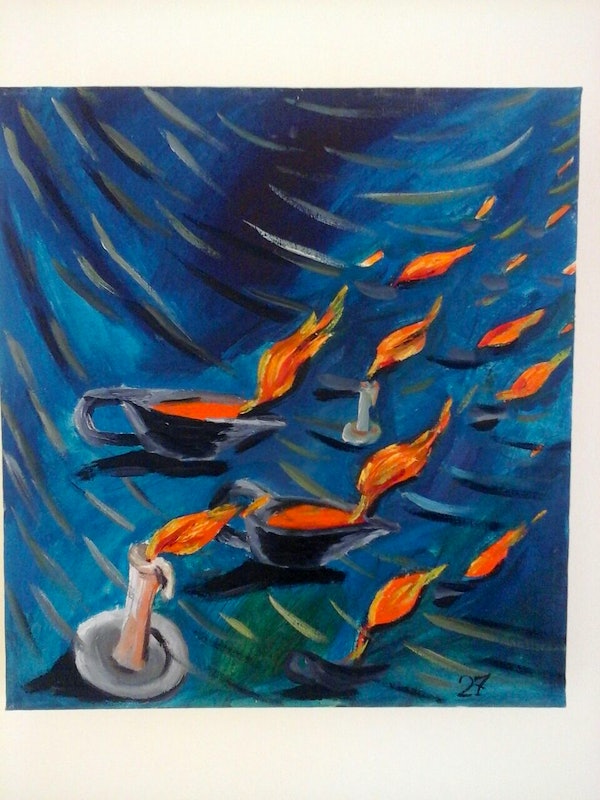 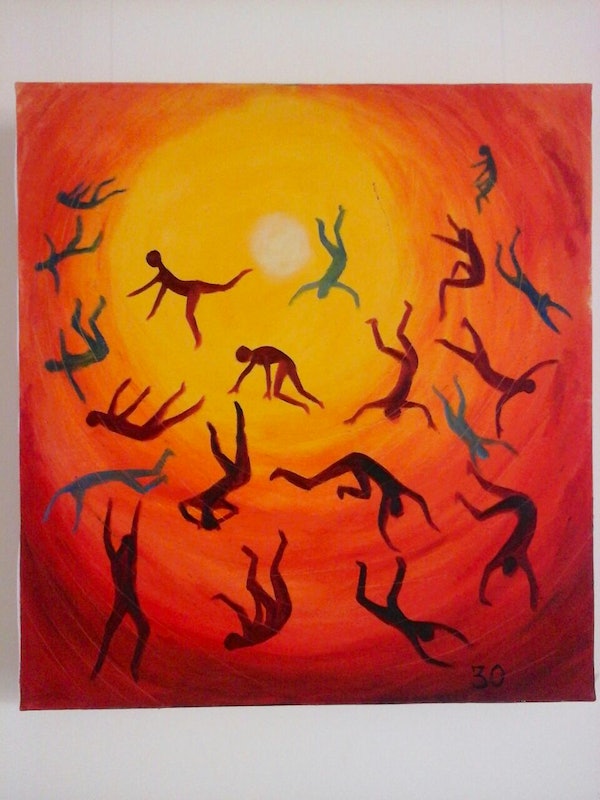