In New Zealand, celebrations of the bicentenary brought together members of the community from all walks of life to celebrate Bahá’u’lláh's life and teachings.

At a national level, the Prime Minister addressed a letter to the Bahá’í community for the occasion expressing his warm wishes. The Bahá’í community also hosted a gathering for dignitaries and other representatives for the bicentenary.

In local neighbourhoods and towns, friends and families gathered to pray, dance and sing to commemorate the extraordinary days of the bicentenary.

100 people collaborated with a local school to paint colorful murals celebrating diversity that will be displayed during bicentenary celebrations in the community of Avondale, a suburb of Auckland, New Zealand. There were nine panels in all, featuring patterns developed by over 100 students and teachers. The murals include the school’s values and motto and touch on the concepts of kotahitanga (unity), whānau (family), wairua (spirit), and aroha (love). 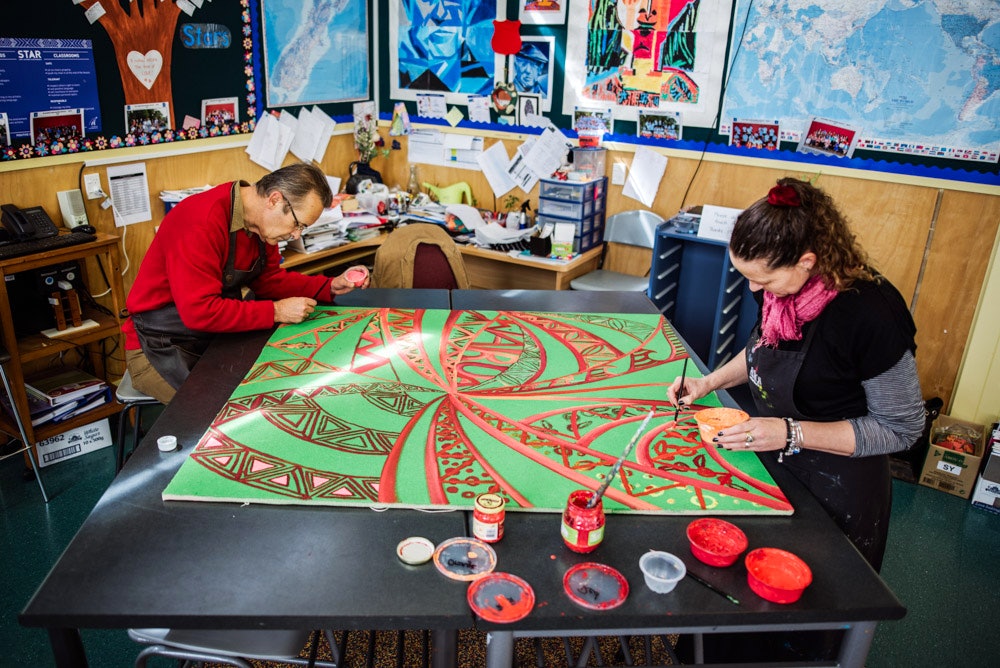 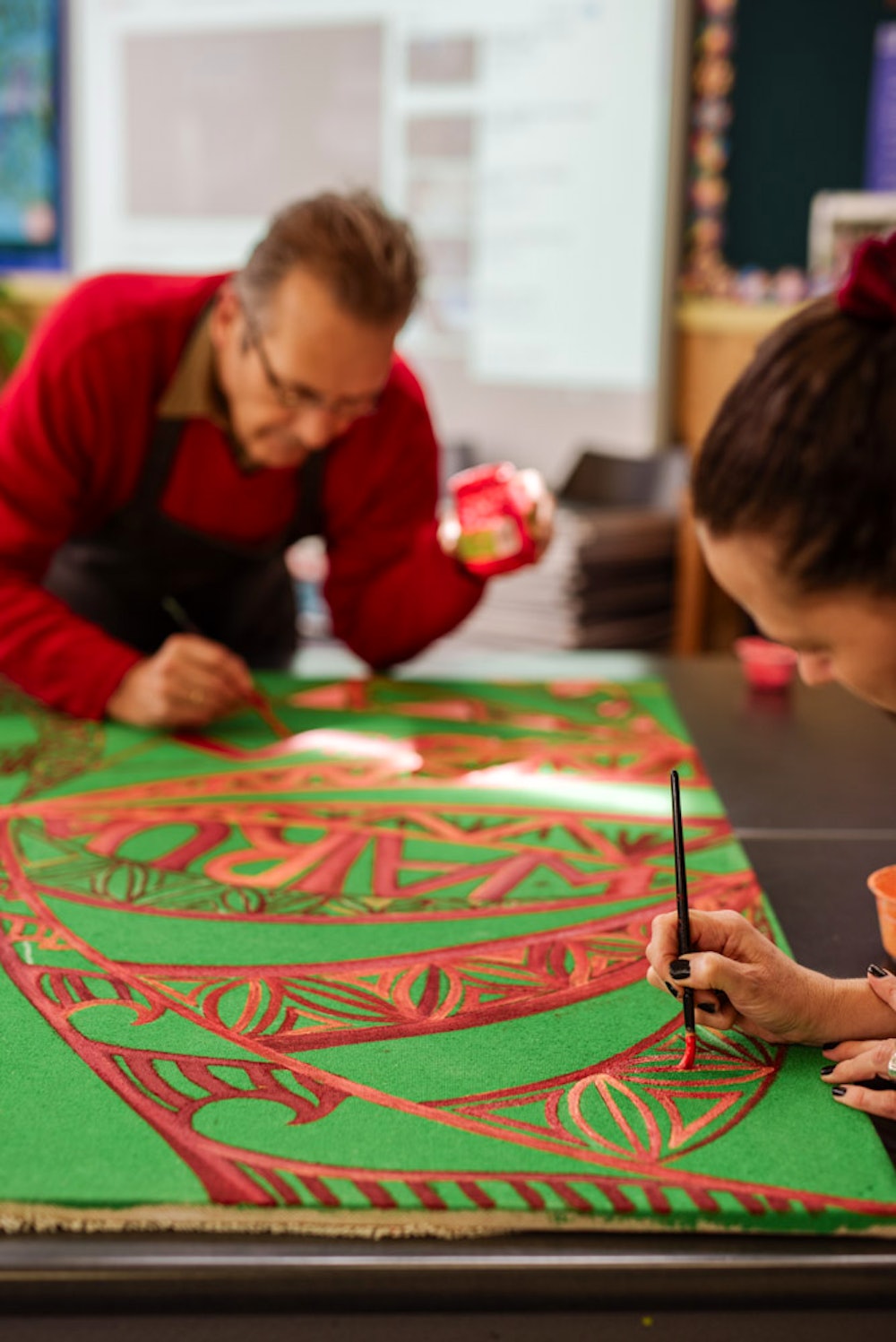 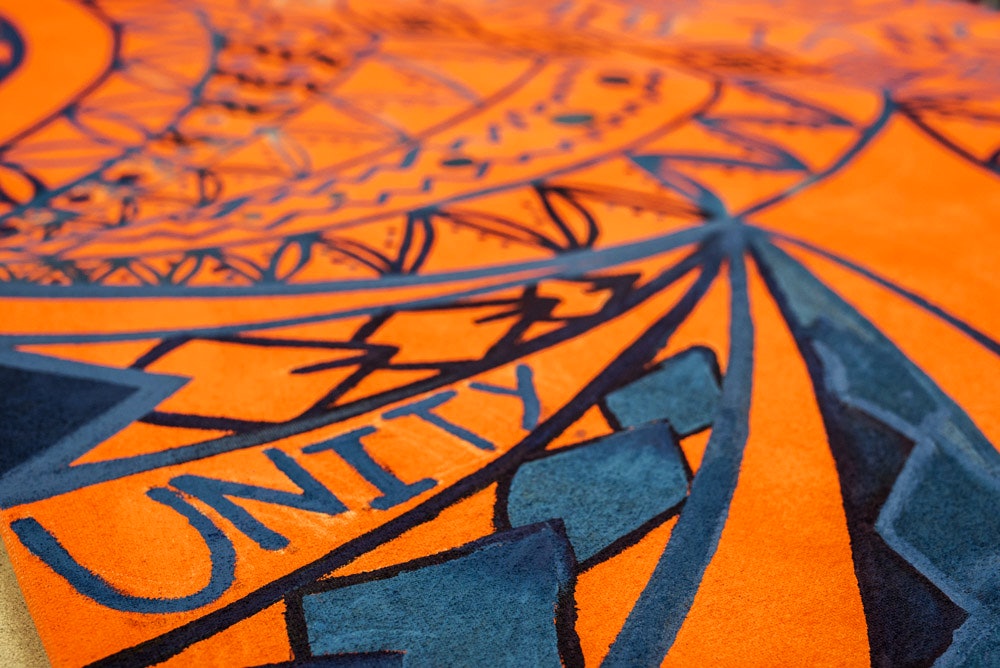 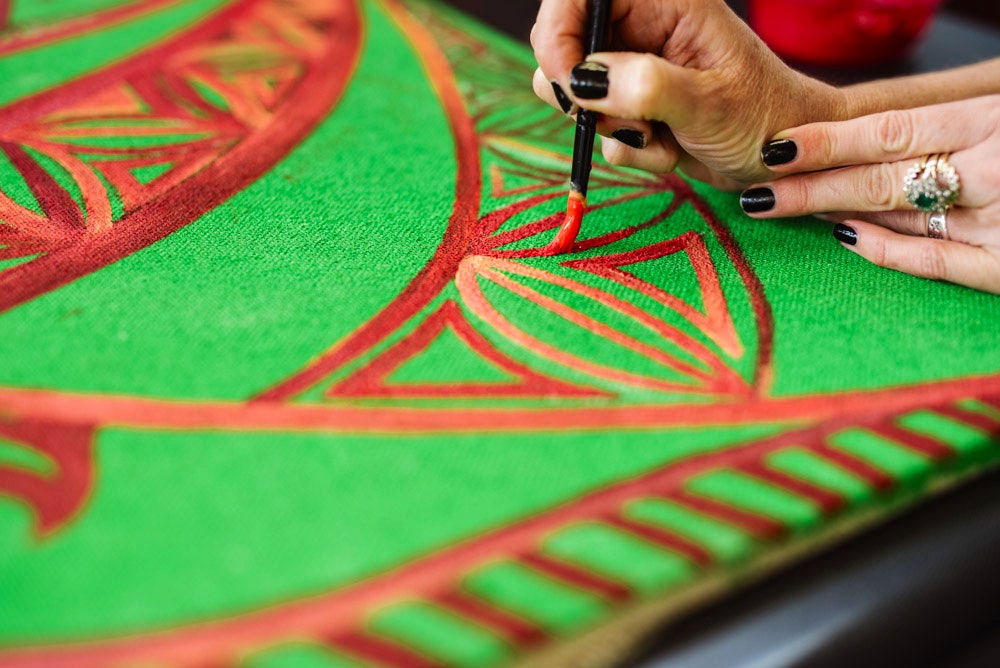 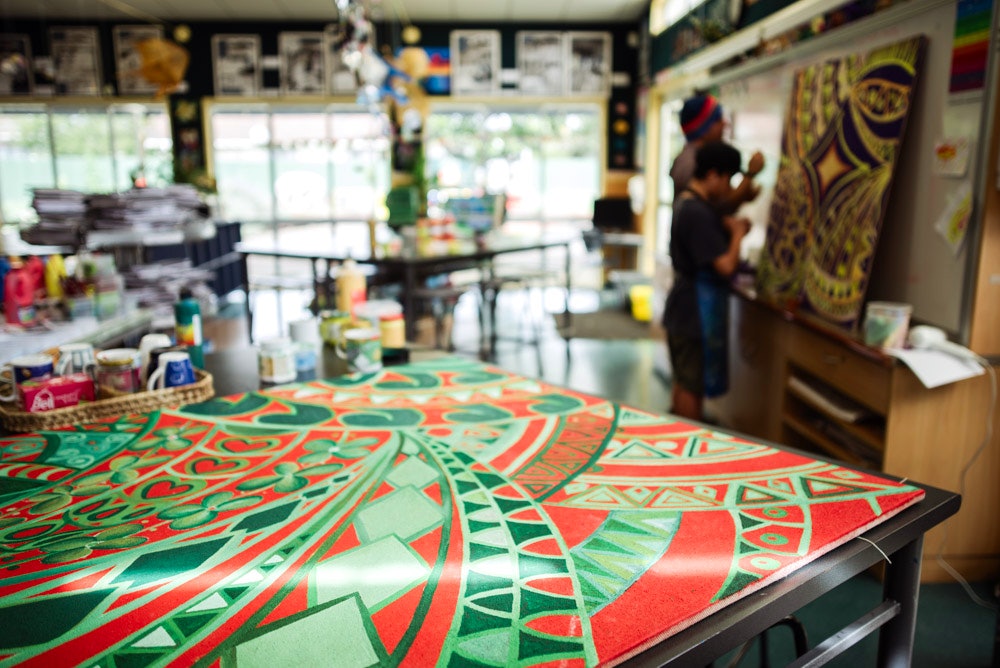 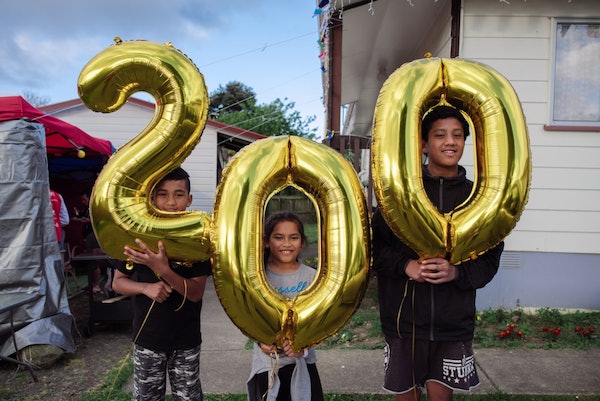 In the South Auckland neighbourhood of Clendon Park, Bahá'ís invited their neighbours, friends, and family to a number of celebrations ranging from a street festival to smaller gatherings in their homes. The festivities included cultural dances, devotions, and screenings of the film Light to the World.

The Bahá’ís of New Zealand held a reception for dignitaries at one of the country’s most important museums and war memorials, the Auckland War Memorial Museum Tāmaki Paenga Hira. Almost 200 people attended the celebration, including about 60 dignitaries, officials from government and civil society, prominent artists, and members of academia. 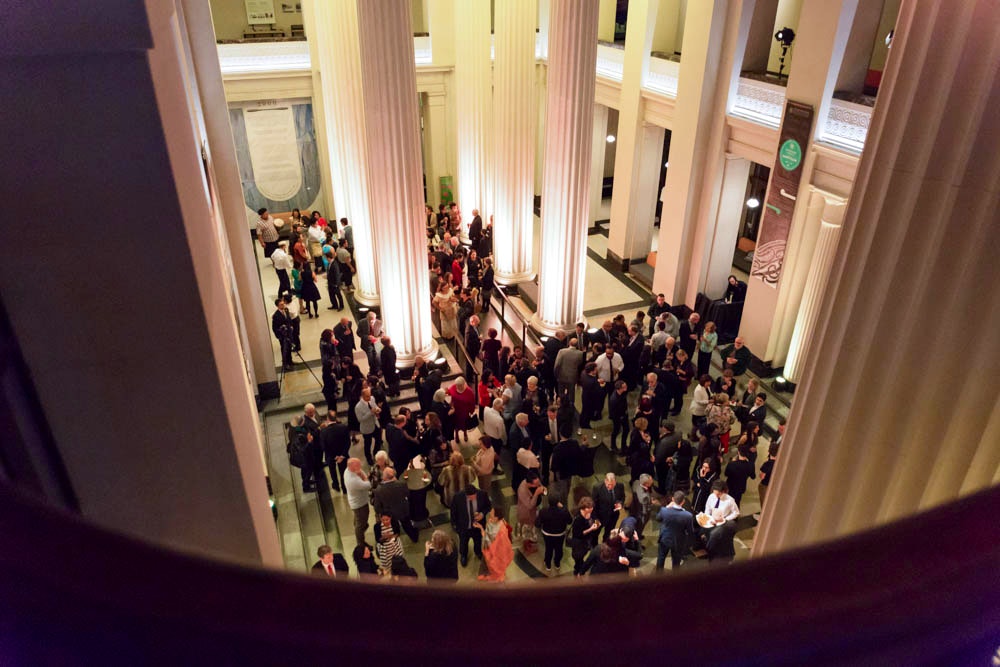 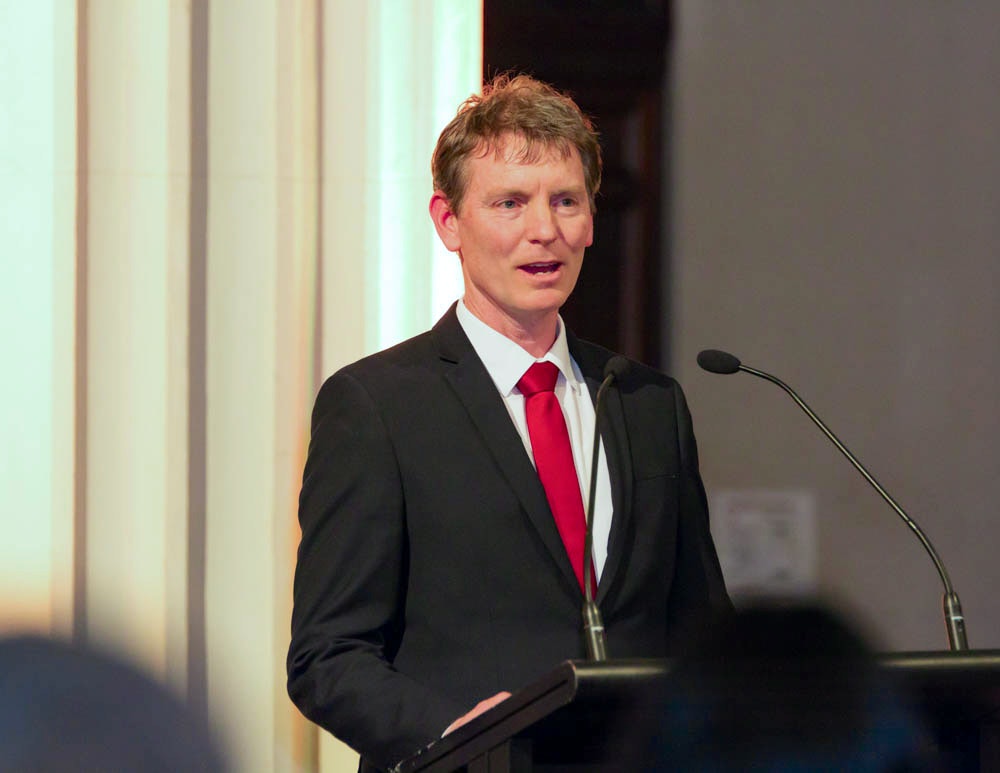 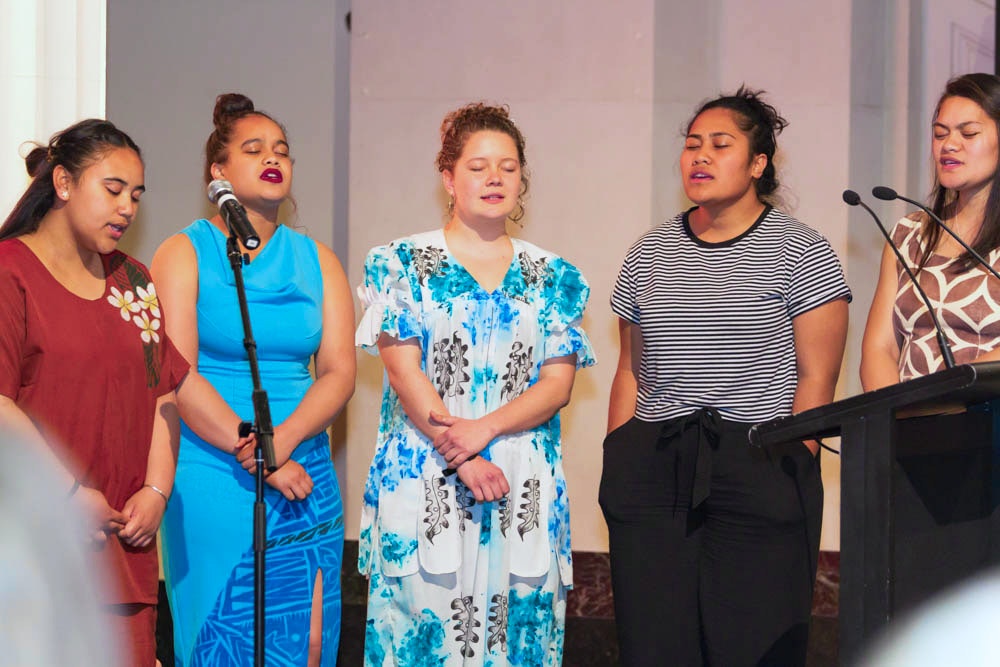 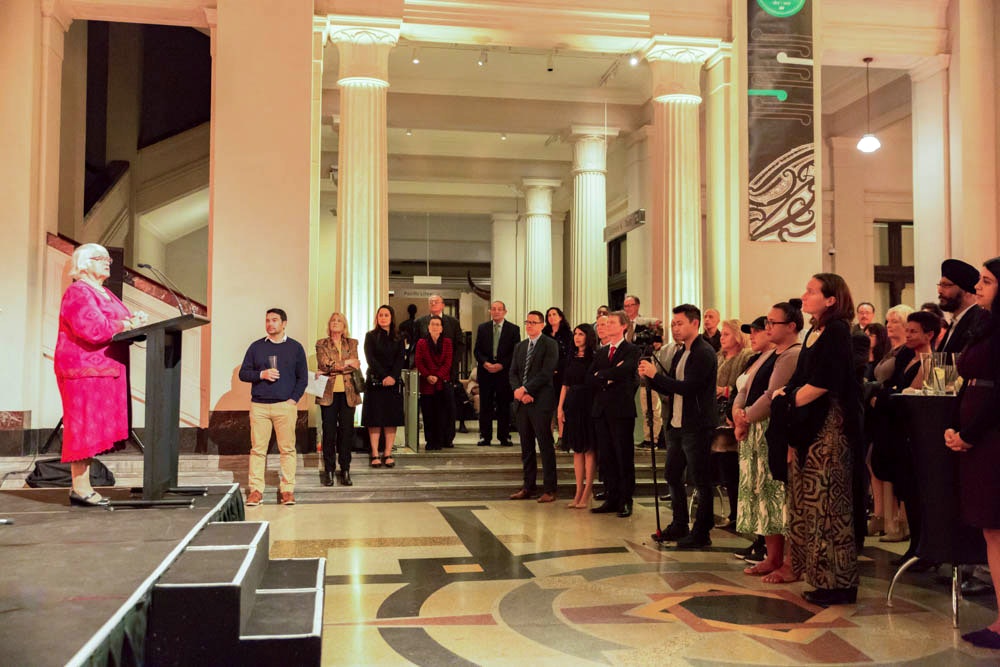 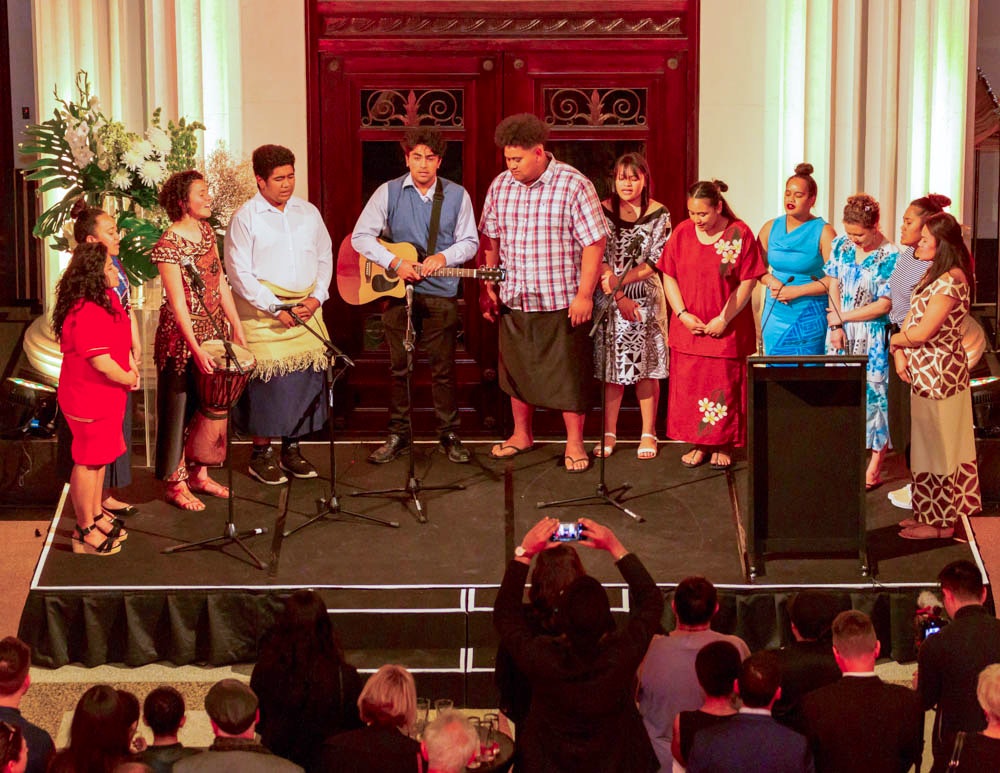 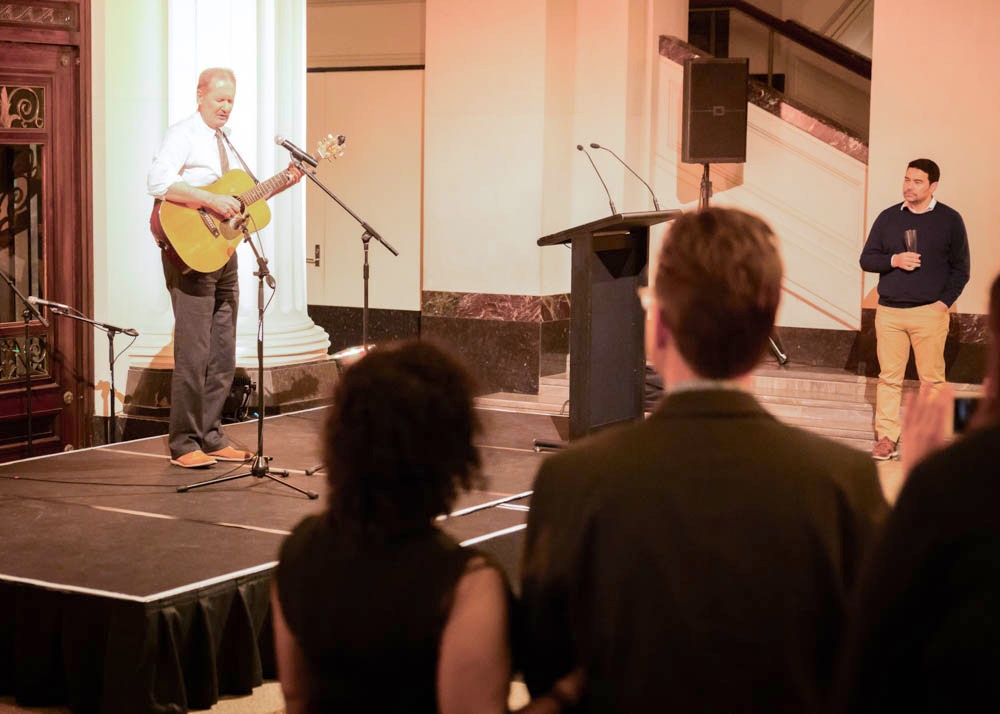 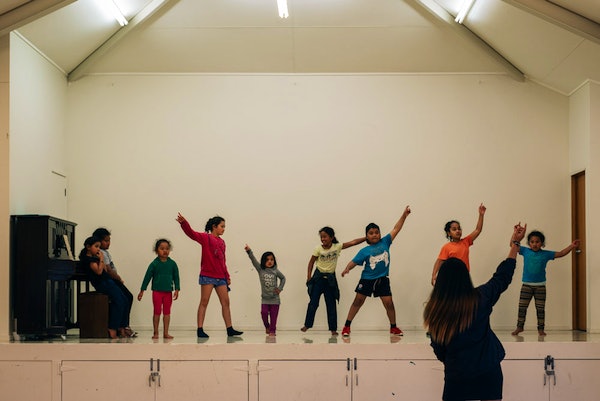 In Auckland, a group of children participating in spiritual education classes offered by the Bahá'ís prepared a special dance performance for the bicentenary celebrations. The children, all from the same neighbourhood, are pictured practicing their dance before the bicentenary.

Exhibition of tapa cloth entitled “Something is happening here”

An exhibition called "Something is happening here" opened in September 2017 displaying works inspired from the teachings of Bahá’u’lláh. Highlighting the principle of the oneness of humankind, the exhibition represents one of many efforts in New Zealand during this bicentenary period to work for unity and peace. 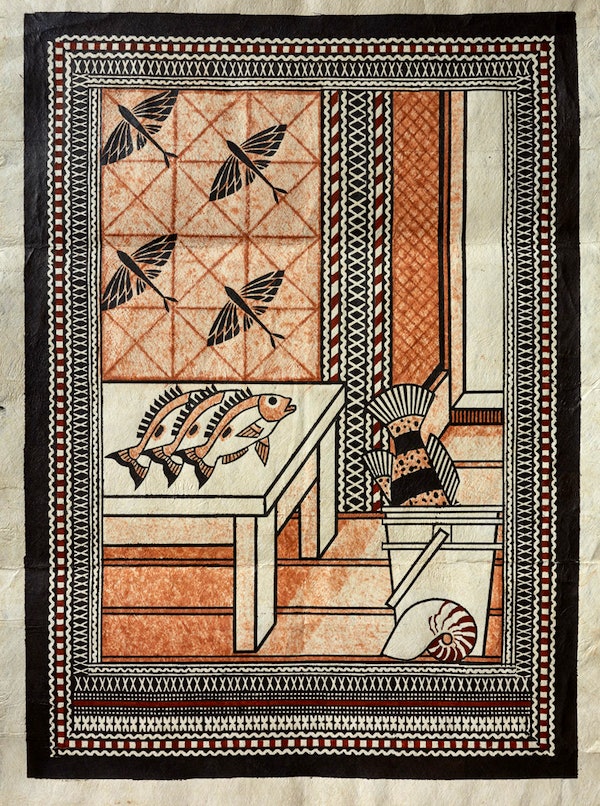 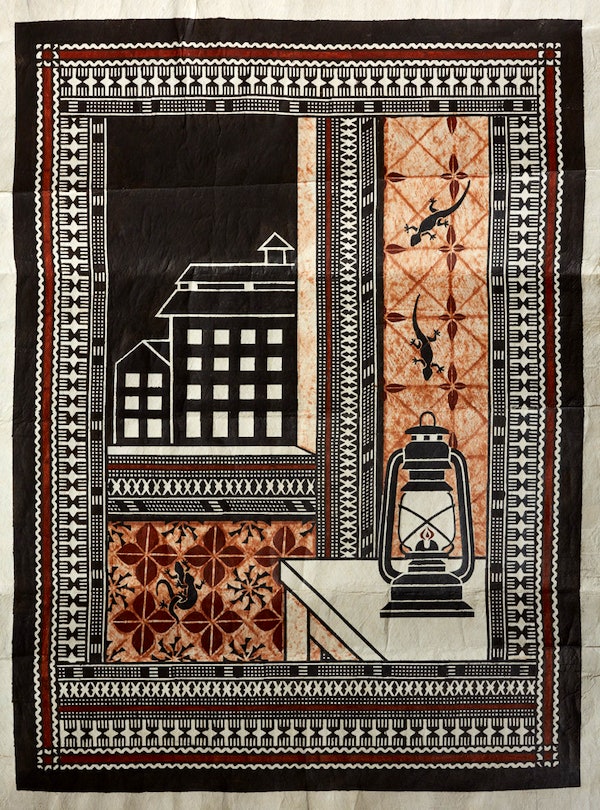 The Writings told of a Manifestation

Who would rise to His great station

With joy the children would cry

It was an age of wonder

For near and yonder

Many things were told

By young and by old

That day was the king of days

For all of the sun's rays,

were shining upon that spot

that we must forget not

For this was the day of a birth

Now celebrated around the earth

The day we said Alláh’u’Abhá

To the great Manifestation, Bahá’u’lláh

Was the reason of His mission

For the world's immunity

Equality of men and women

Were of teachings we were given

For everyone in every nation

And there is much much more

So come in through the door

And listen to our story

A group of youth in the Somerfield neighborhood of Christchurch collaborated with individuals knowledgeable in the craft of Tikanga Māori to design a pou — a traditional Māori post. The youth commissioned a local carver who crafted the beam of recycled mātai according to their design, as they read stories from the life of Bahá’u’lláh. The pou was placed beside a native tree being planted by the community during a ceremony as part of the bicentenary commemorations. 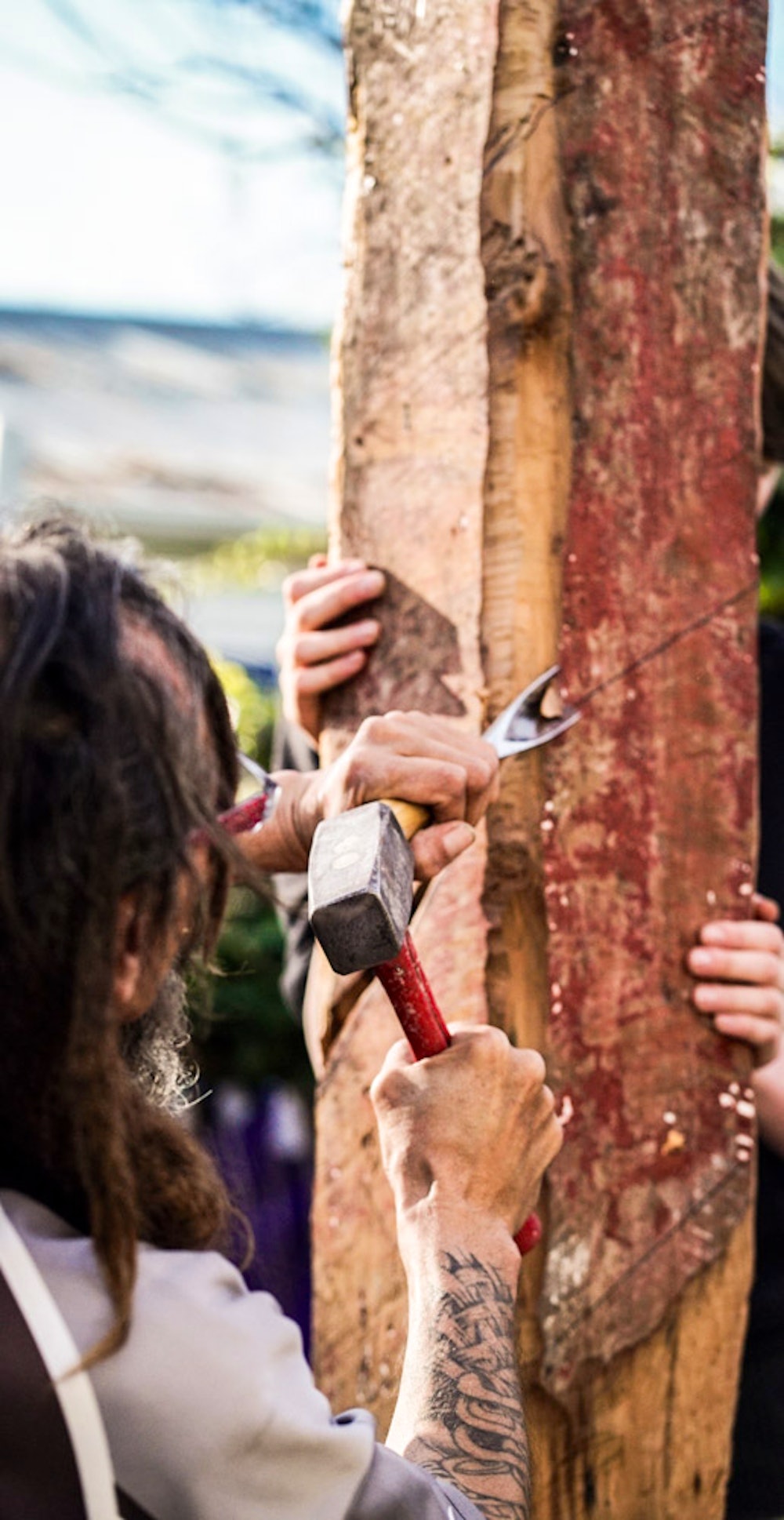 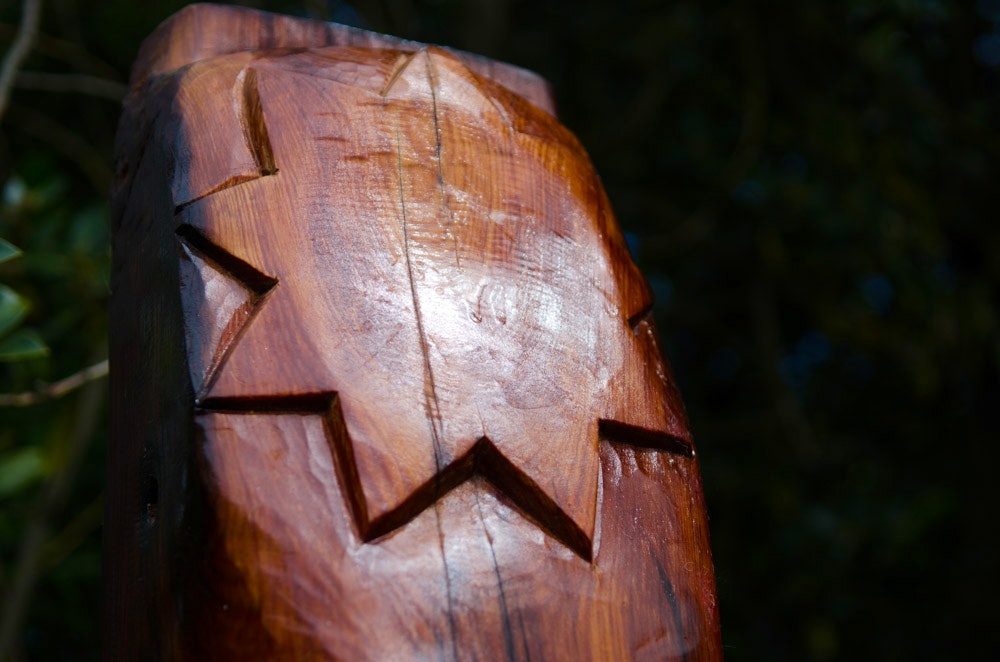 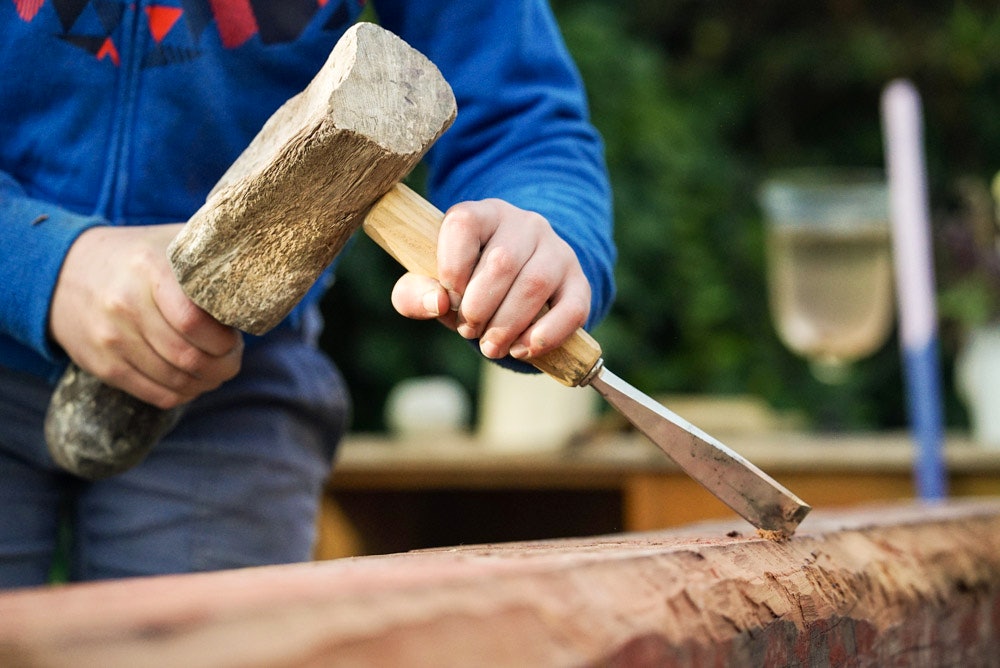 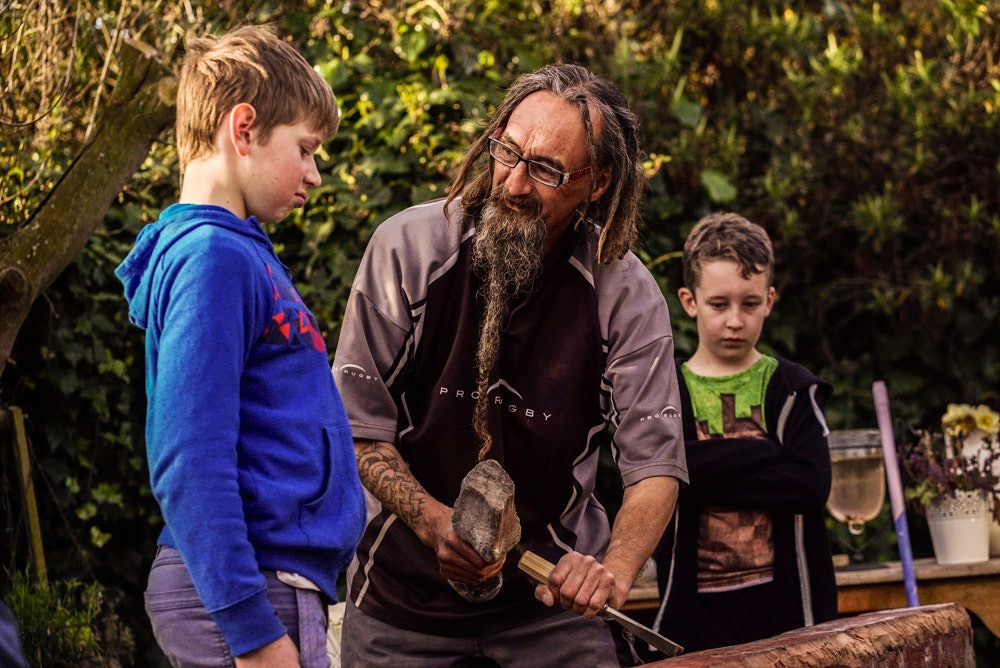 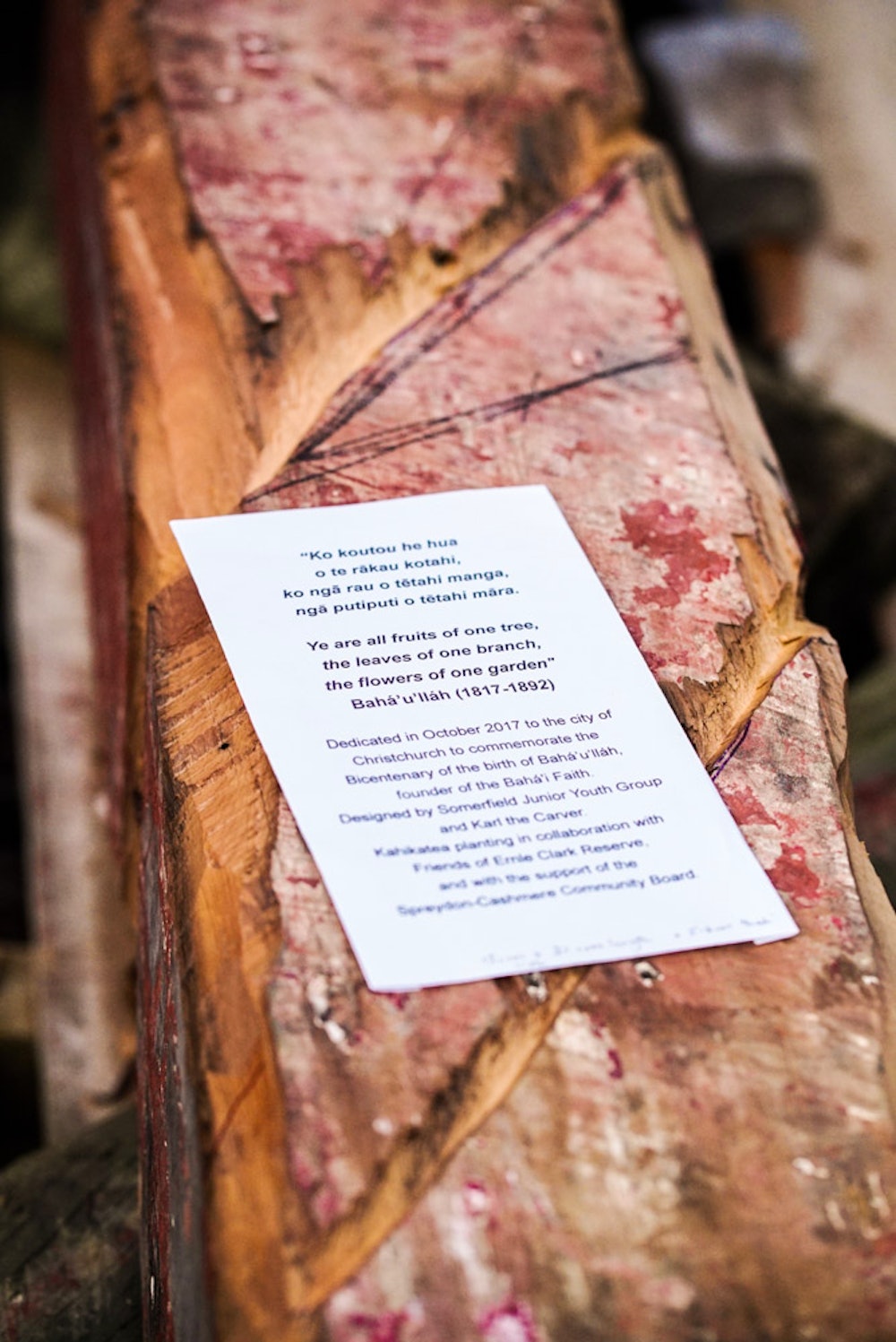 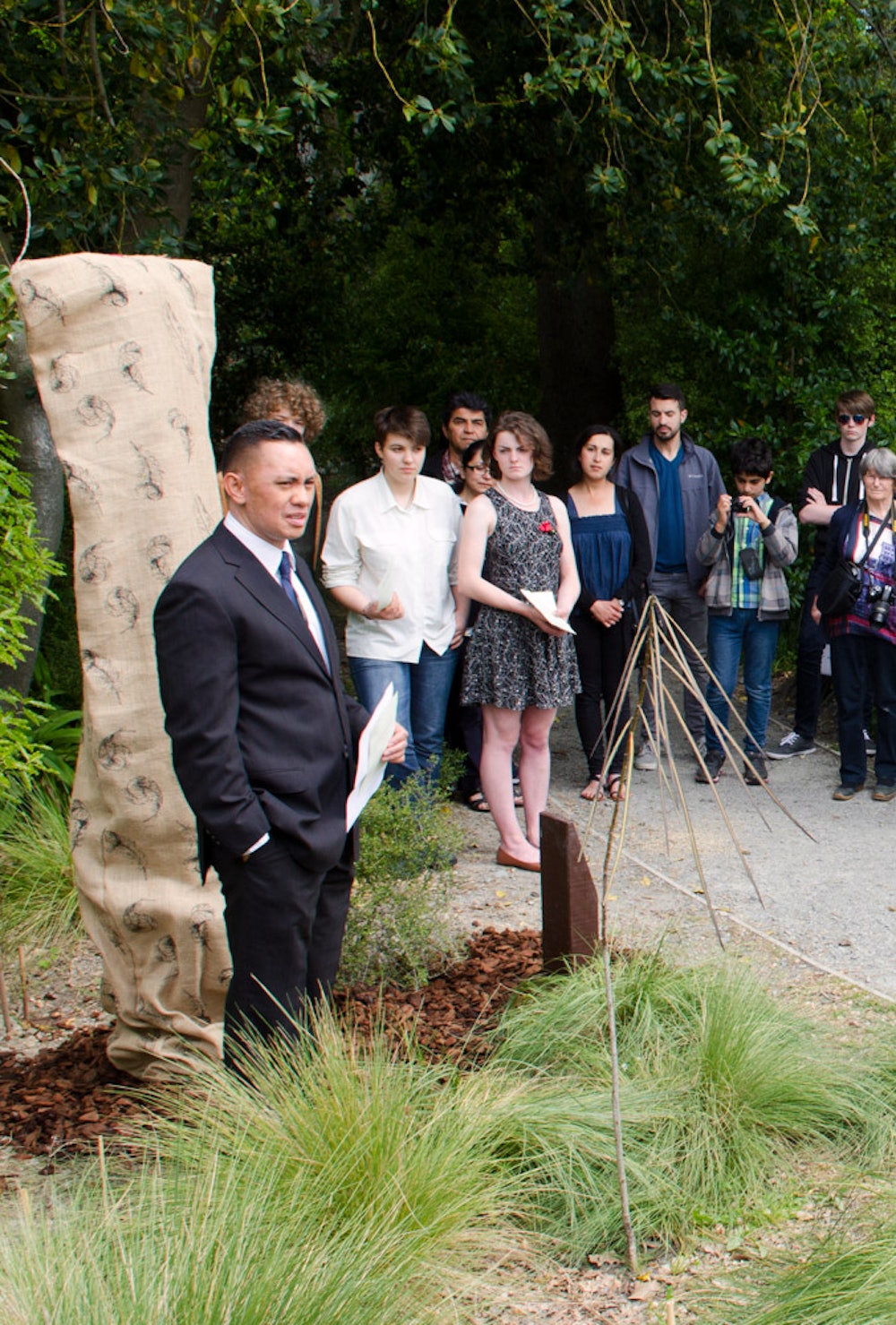 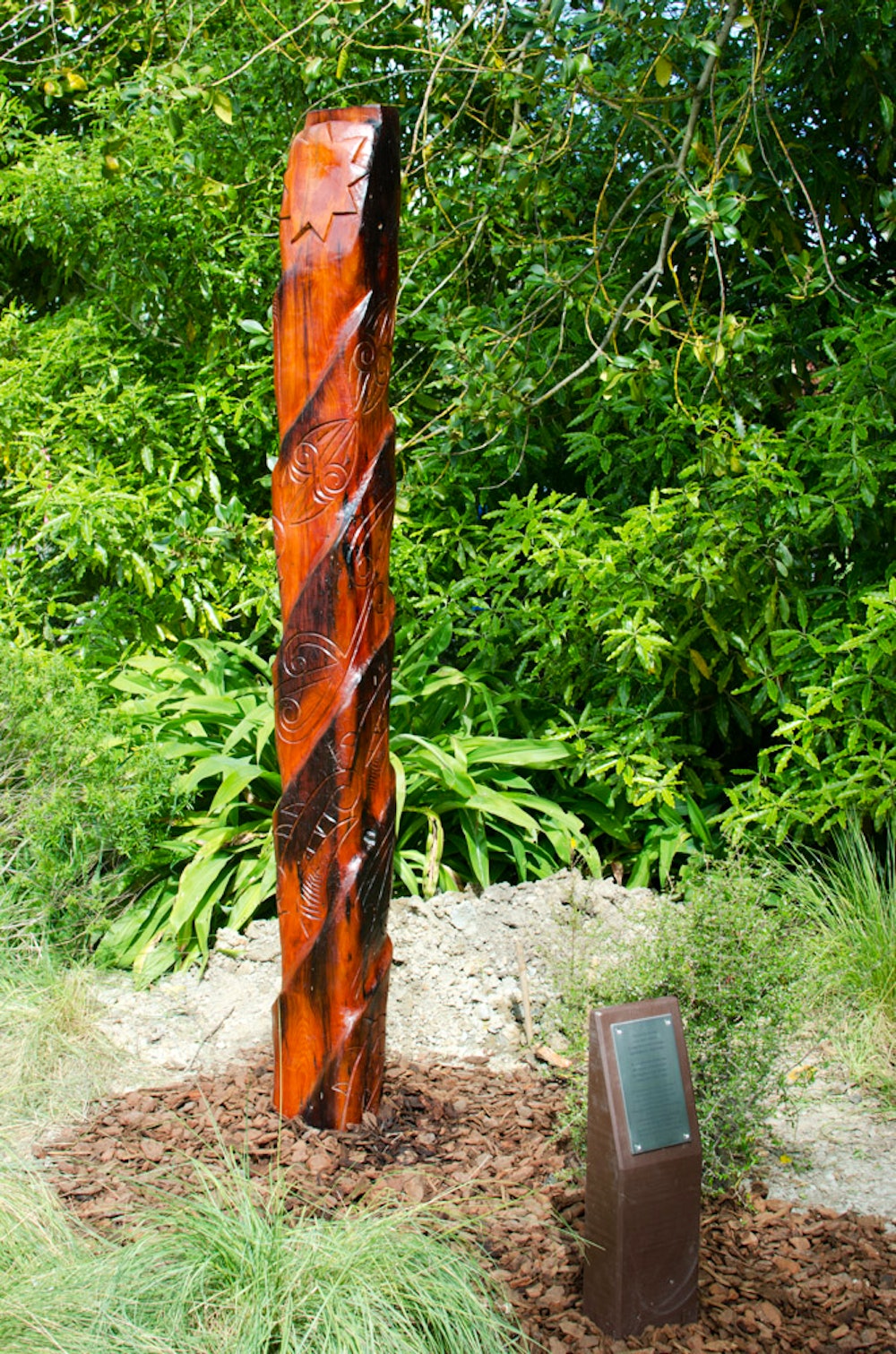 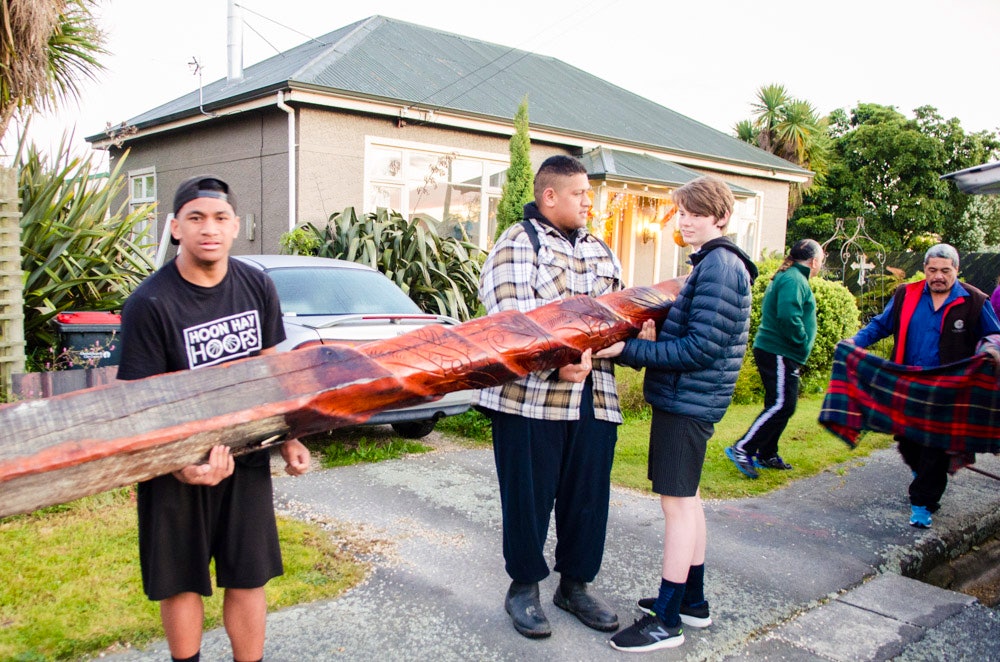 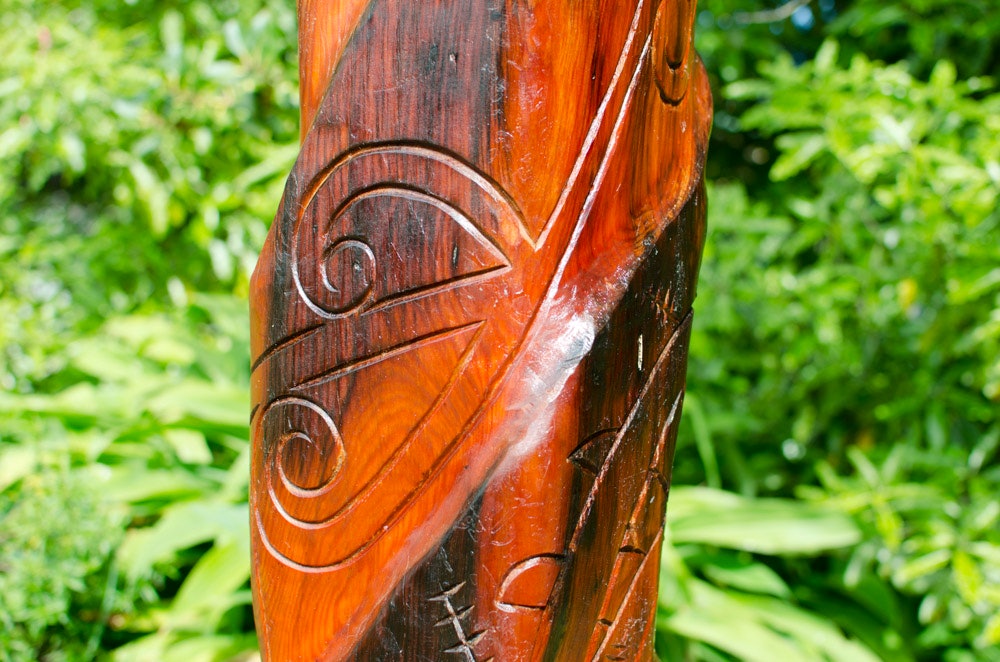 Whanau Hui, or "meeting of families"

Images from a whanau hui, which translates to ‘meeting of families’, held in Auckland in preparation for the bicentenary festivals. A range of artistic workshops were held that gave attendees ideas that they could creatively integrate into their own local celebrations. 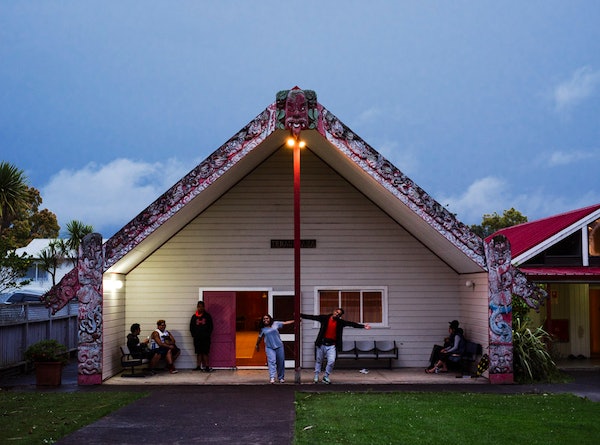 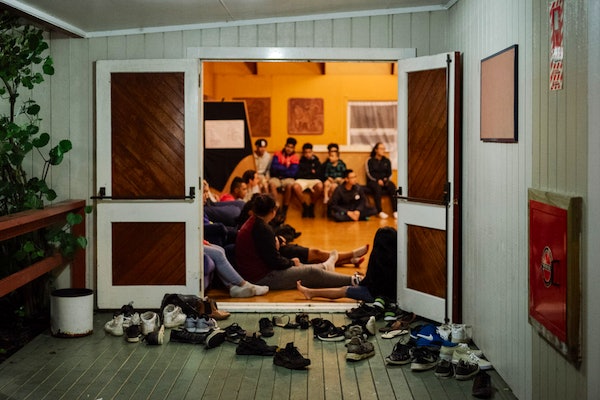