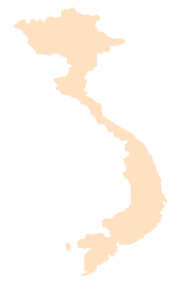 Celebrations to mark the bicentenary were held in cities, towns, and villages throughout the country. The Deputy Prime Minister of Vietnam addressed a letter to the Bahá’í community for that special occasion, and the bicentenary received media coverage on television and number of newspapers.

In addition to other artistic expressions inspired by Bahá’u’lláh's life, music featured prominently during that period, with several original compositions produced to honour the 200th anniversary of the birth of Bahá’u’lláh.